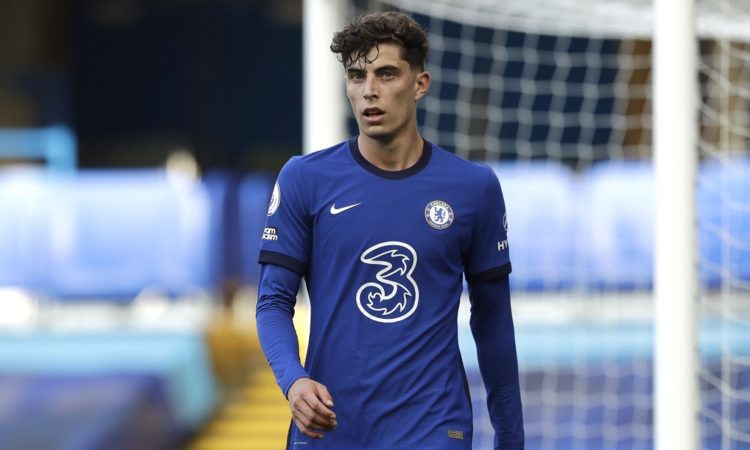 The Blues held a slender one-point lead at the top of the table, but relinquished it after suffering a surprise loss to the Hammers in the London derby.

The defeat also saw a couple of player concerns. Havertz suffered an injury right before the interval after an excellent sliding challenge from Kurt Zouma.

The German needed to be assisted off the field. There were no surprises that he was substituted at the break with Romelu Lukaku taking up his spot.

Meanwhile, Alonso was taken off in the 72nd minute. The Spaniard was substituted with back pain, and Tuchel has now expressed concerns over the duo.

He told via Chelseafc.com: “Kai has huge pain, Marcos Alonso has back pain, so it’s another two substitutes due to injury.”

“I have no idea when N’Golo Kante will be back and we’re missing also Mateo Kovacic for five or six weeks.”

Arthur Masuaku’s deflected goal in the 87th minute won the game for the Hammers. The victory has seen the Blues drop to third on the league table.

The west London giants will now shift their focus to Champions League football with a midweek group game against Zenit St Petersburg on the road.

The Blues are ahead of Juventus in their group on the head-to-head record, but may need to beat the Russian champions on Wednesday to ensure the top spot.

As things stand, they could be without six players for the European encounter. Trevoh Chalobah and Ben Chilwell are out with hamstring and knee injuries.

Tuchel is unsure over a return date for N’Golo Kante, who picked up a knee problem last month. Mateo Kovacic has been ruled out for another five weeks with a hamstring injury.

Havertz and Alonso could also be doubtful to face Zenit on Wednesday. It has certainly been an unfavourable start to December for the reigning European champions.