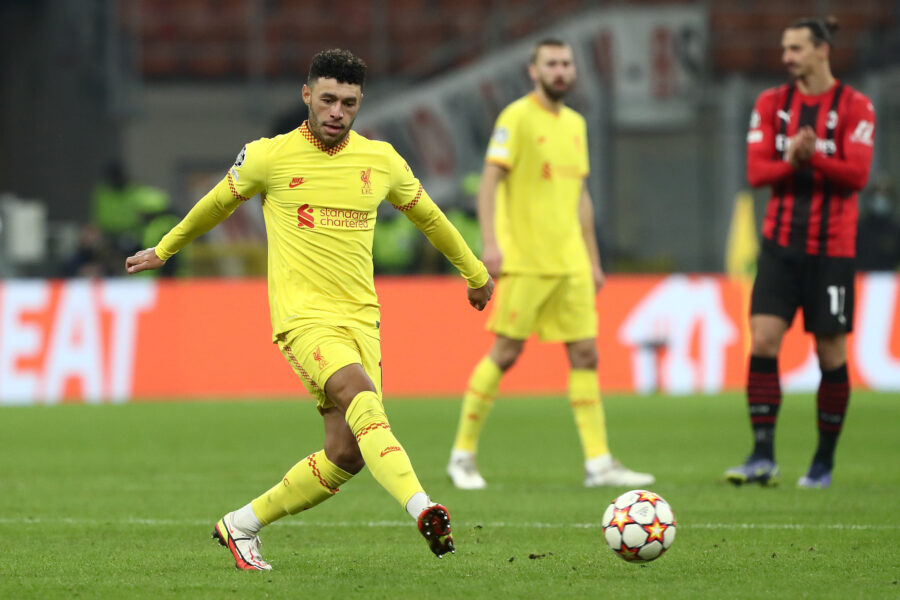 A selection of Liverpool fans on Twitter were impressed with the performance of Alex Oxlade-Chamberlain during yesterday’s 2-1 Champions League win over AC Milan.

Jurgen Klopp made eight changes from the starting line-up against Wolverhampton Wanderers. Despite this, they ended up comfortable 2-1 victors over the Rossoneri at San Siro.

Fikayo Tomori opened the scoring in the 28th minute for the hosts, but their joy was shortlived with Mohamed Salah levelling the proceedings eight minutes later.

Oxlade-Chamberlain played a huge part in the equaliser. The 28-year-old made a brilliant advancing run and unleashed a powerful shot that was parried by Mike Maignan.

Salah scored from the rebound. Before the hour mark, the Reds went ahead. Another parry from Maignan from a strong Sadio Mane shot, was capitalised by Divock Origi.

Origi guided his header into the back of the net. The Belgian’s goal proved the match-winner after Alisson Becker made a splendid one-on-one save to deny Franck Kessie.

Oxlade-Chamberlain had an exceptional game for the Reds with his tireless workrate. He made several advancing runs, and was a genuine threat in the final third.

The England international ended up with three successful take-ons while winning six ground duels. He had three attempts on goal. Some of the Reds’ faithful were delighted with his showing.

I fully thought Oxlade-Chamberlain was done at the club in the summer and would have sold him without thinking twice.

But he’s really shown his worth the past few games. Bursting runs through the middle, willingness to get a shot off and offers something different.

Oxlade-Chamberlain so good at committing defenders. Drives forward, takes on his man and always looks to make things happen in the final third.

No other Liverpool midfielder (perhaps Keïta or Thiago) is capable of taking matters into their own hands by driving through the opposing team's defence at the flick of a switch. When I say Ox brings something different to the table, that's exactly what I'm talking about.

Ox is proving me wrong every game and you know what, I’m here for it😅

Superb game by Oxlade-Chamberlain against Milan. Consistently putting in impressive performances in last one month in the midst of injuries. Adds a different dimension to the MF with his dribbles, runs, passes, long balls and “he can hit a ball”.#LFC #UCLpic.twitter.com/vvCBzygt8n

The £16.2m star has endured a mixed career with the Merseyside giants. He has already been sidelined with two long-term knee injuries.

Hence, he has struggled to nail down a regular starting spot, but now appears to be finding his best form.

Over the past month, he has put in multiple stand-out displays, and does not seem far off from becoming an undisputed starter under Klopp.

Oxlade-Chamberlain suffered a big knee injury scare yesterday, but luckily it was only a knock, and he was able to carry on for the whole 90 minutes.

Liverpool entertain Aston Villa in the Premier League on Saturday. Oxlade-Chamberlain could be fancied to feature in the three-man midfield.