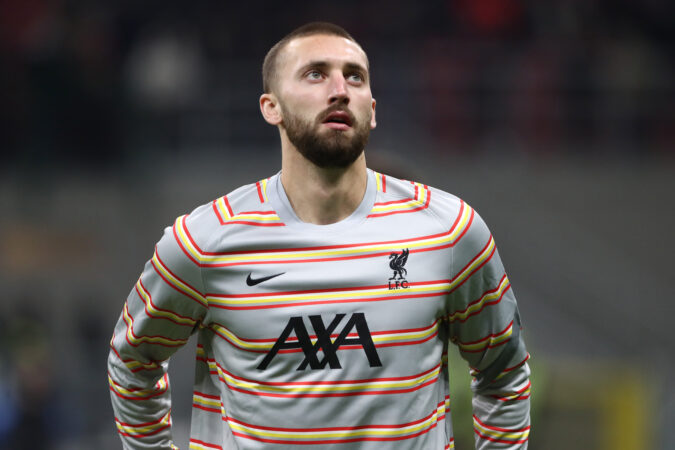 Liverpool manager Jurgen Klopp was delighted with the performance of Nat Phillips and Ibrahima Konate during the club’s 2-1 Champions League win over AC Milan.

Klopp made eight changes from the 1-0 win over Wolverhampton Wanderers last weekend, but the Reds still dominated the proceedings against the Rossoneri.

Fikayo Tomori handed the Rossoneri with a 1-0 lead in the 28th minute, but Mohamed Salah equalised soon after with his 20th goal of the ongoing campaign.

Alex Oxlade-Chamberlain’s low shot was saved by Mike Maignan, but the rebound fell into the path of Salah, who unleashed a powerful strike beyond the Frenchman.

The Reds doubled their advantage after the break with Divock Origi’s header in the 55th minute. Sadio Mane’s effort was parried away by Maignan, but Origi capitalised.

Milan tried to push for the equaliser thereafter, but the central defensive duo of Phillips and Konate comfortably saw out the threat from Zlatan Ibrahimovic.

There was one lapse in concentration that saw Franck Kessie through on goal, but goalkeeper Alisson Becker came off his line to make a brilliant one-on-one save.

With the victory, the Merseyside giants entered the record books. They became the first English side in Champions League history to win all six of their group games.

Following the win, Klopp was delighted for his players, and levied special praise on Phillips and Konate, who did not allow the Rossoneri back in the game with an equaliser.

He told Liverpoolfc.com: “I have to say that Nat Phillips and Ibou Konate played an exceptional game, an absolutely exceptional game. How they defended that tonight is outstanding and I am really, really proud of the boys.”

Konate has recently got a regular run of matches for the Reds, and he appears to be growing in confidence. The 22-year-old got the better of Zlatan, winning several duels last night.

However, Phillips undoubtedly had the moment of the match. He produced a brilliant Cruyff turn in his own box to completely fool Zlatan and Franck Kessie, who were aiming to dispossess him.

His future remains a topic of speculation amid his lack of playing time this season. The 24-year-old is currently the fifth-choice centre-back behind Virgil van Dijk, Joel Matip, Joe Gomez and Konate.