Arsenal have the chance to break into the top four of the Premier League when they host London rivals West Ham United on Wednesday evening.

The Gunners have had a mixed run of performances since the November international break with two wins and three losses from five league games. Despite this, they are sixth in the standings, only two points behind fourth-placed West Ham.

With Manchester United’s game at Brentford postponed after a Covid-19 outbreak, the Gunners have the opportunity to occupy the final Champions League spot.

The club’s record against the Hammers has been exceptional over the years. They have picked up an impressive 16 points from the last seven league meetings.

Here is how they could line up for the London derby.

Goalkeeper: Aaron Ramsdale has been the Gunners’ signing of the summer. The England international made six saves in the 3-0 win over Southampton last weekend. He was also terrific with his distribution over 90 minutes.

Defence: Takehiro Tomiyasu has been ever-present at right-back since his summer arrival at Arsenal. He has impressed with his strong aerial presence, and should start for a 14th game running. The same should be the case for Ben White and Gabriel Magalhaes in central defence.

The pair recently broke the 12-game sequence set by Laurent Koscielny and Shkodran Mustafi in 2016. Gabriel was substituted shortly after scoring last week, but it was precautionary after his early booking. Kieran Tierney is expected to start at left-back after assists in successive games. 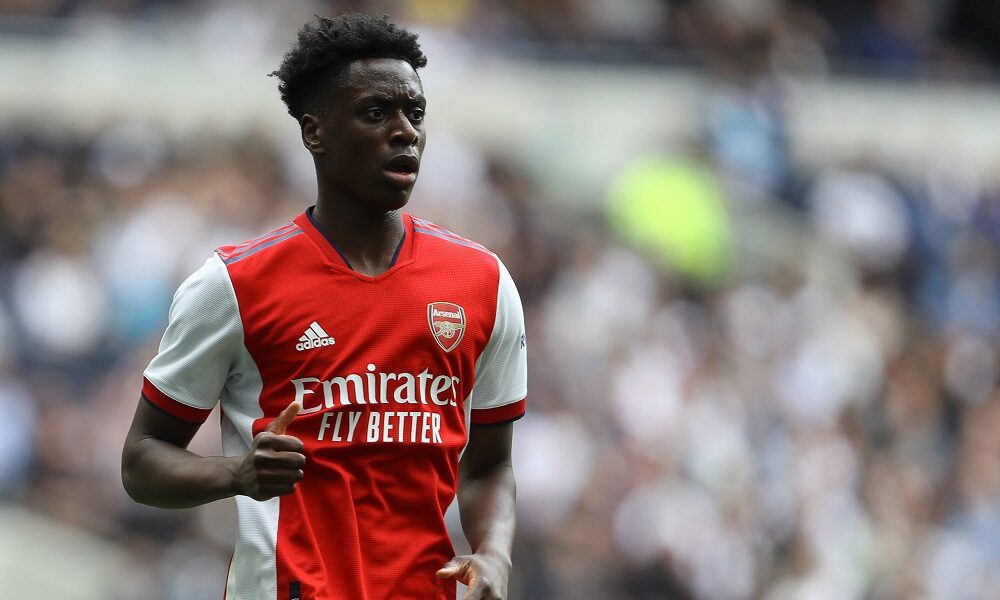 Midfield: Arsenal manager Mikel Arteta had no qualms in pairing Granit Xhaka with Thomas Partey following the Swiss’ early return from a knee injury. However, Xhaka could be handed a breather after back-to-back games in a week. This could pave the way for Albert Sambi Lokonga to start. The 22-year-old has played just nine minutes in the last three games.

Bukayo Saka and Gabriel Martinelli bagged an assist apiece against the Saints. Martinelli has not started four successive league games in his Gunners career so far, but has a good chance of doing so with three goal contributions in his last four appearances. The duo are likely to occupy the wide midfield roles. Emile Smith Rowe may come off the bench.

Attack: Martin Odegaard has been in sublime scoring form lately. He has netted in each of his last three Premier League outings for Arsenal. He appears at the top of his game and will have fond memories against the Hammers after his excellent display in the comeback draw last season from three goals down.

The Norwegian is expected to start in the number 10 position. Alexandre Lacazette should be assured his place up front after his opening goal against the Saints. The Frenchman should have scored another, and he will be hoping to replicate his showing. He bagged the equalising goal in the 3-3 draw earlier this year. That means Pierre-Emerick Aubameyang will have to settle for a place on the bench. 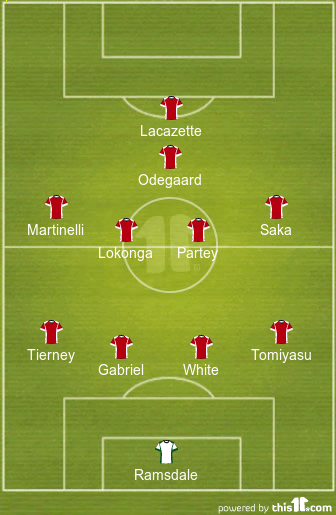