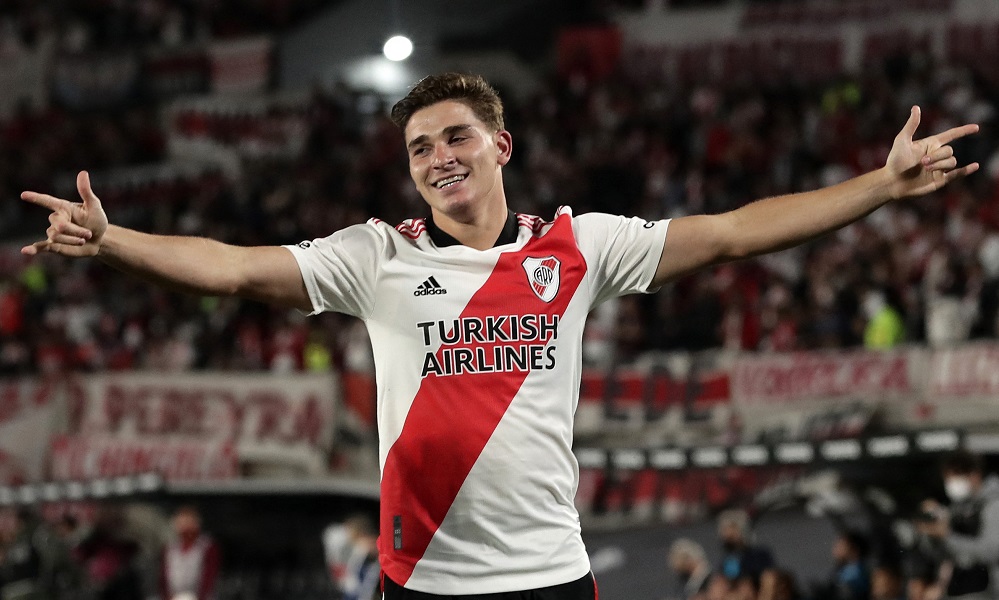 Manchester United are being tipped to sign Julian Alvarez in a £16.7m deal after Ralf Rangnick held talks with the players agent this week, according to reports via TeamTalk.

Alvarez has been with River Plate his entire career having joined the clubs youth ranks as a child and he’s developed into one of the most exciting young talents in South American football since breaking into the first team in 2018.

The 21-year-old has scored 22 goals in his 45 appearances so far this season while he’s also been capped five times for the Argentinean senior national team having represented his country at various youth levels.

The forward’s potential has alerted clubs throughout Europe and it appears Manchester United are hoping to lure the player to the Premier League after stepping up their interest in recent weeks.

The Italian outlet, as per TeamTalk, claims that Rangnick made it clear United have the financial means to sign the player this month but they must first offload Anthony Martial to make room for his arrival.

Man Utd are holding talks with Sevilla about a potential move for Martial to Spain and once his departure is confirmed, TeamTalk says the Red Devils are then ‘expected’ to seal a deal to land Alvarez ahead of a host of other clubs.

The report says United are prepared to pay the attackers €20million (£16.7m) release clause so a deal should be relatively straight-forward if the Manchester giants can convince Alvarez to move to Old Trafford.

We’ll have to wait and see how things develop over the coming days but Alvarez would be an exciting addition to Rangnick’s squad if Manchester United could get a deal over the line this month.

Martial’s future at United looks to be over after failing to establish himself as a regular this season and the Frenchman is reportedly unhappy at Old Trafford so a move away this winter should suit all parties.

Alvarez appears to be the man Rangnick wants to replace Martial and the South American is predominantly a centre-forward but is also comfortable playing on either flank, so his versatility would be a useful asset.

Obviously it will take the youngster some time to adapt to life in England but Alvarez would be able to learn from experienced duo Cristiano Ronaldo and Edinson Cavani before being expected to make any meaningful impact.