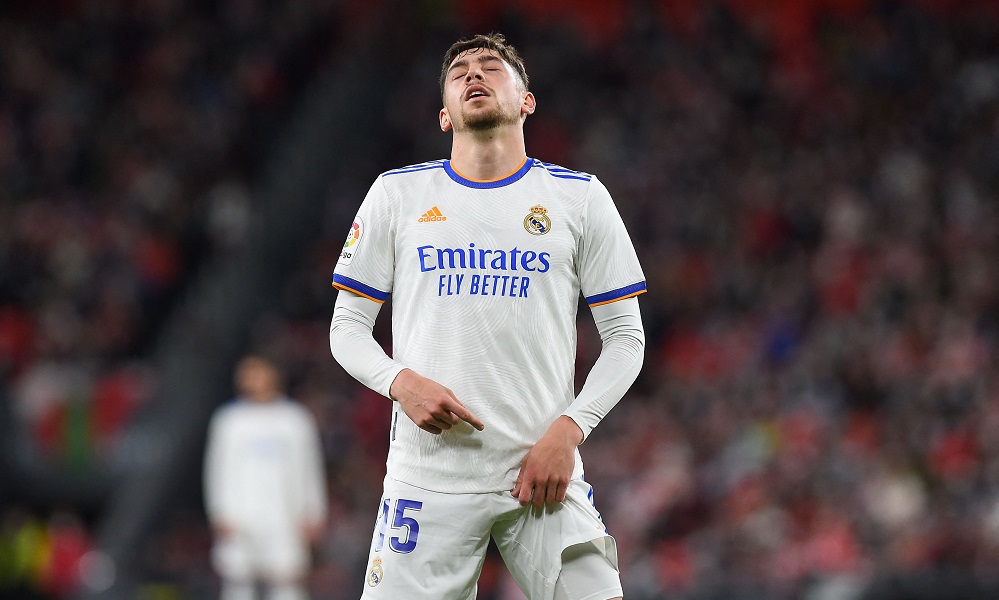 Liverpool are ready to pay £66.5m to sign Federico Valverde after the midfielder instructed his agent to start working on a move away from Real Madrid, according to reports via TeamTalk.

Valverde has developed into one of the best all-round midfielders in European football since joining Madrid from Deportivo La Coruna in 2017 and he’s also established himself as a regular with the Uruguayan national team.

Despite interest from several top clubs, the 23-year-old was convinced to sign a new long-term contract at the Bernabeu last year after being promised he’d be a key part of Carlo Ancelotti’s starting eleven.

However, that’s not been the case this season as Valverde has started just 2 of Real Madrid’s last 11 La Liga games with Eduardo Camavinga the preferred choice alongside Luka Modric and Toni Kroos in midfield.

Valverde is now questioning his future at the Spanish giants and TeamTalk suggests that Madrid may be prepared to cash-in as they look to raise some much-needed funds to revamp their attack in the summer.

The situation has alerted Liverpool as TeamTalk are citing a report from El Nacional that claims Jurgen Klopp is ‘obsessed’ with the idea of signing Valverde and will do all he can to lure the hard working South American to Anfield.

The Catalan news outlet says Liverpool are prepared to splash big money to sign Valverde with the Merseysiders willing to pay as much as £66.5m [€80m] – an offer Madrid would have to give serious consideration to.

According to El Nacional, Valverde has already asked his agent to start looking for a new club and Klopp is desperate to win the race for his signature as he looks to strengthen his options in the middle of the park.

James Milner is set to leave Liverpool at the end of the season while Naby Keita’s future at Anfield is also in doubt after a frustrating time in England following his move from RB Leipzig in 2018.

The Reds never brought in anyone to replace Gini Wijnaldum after he joined Paris Saint-Germain on a free transfer last summer so Klopp is reportedly in the market for midfield reinforcements.

Valverde would be a sensational signing for Liverpool if they could pull it off and Madrid may be tempted to cash-in if £66.5m was put on the table but we’ll have to wait and see how things develop over the coming weeks.