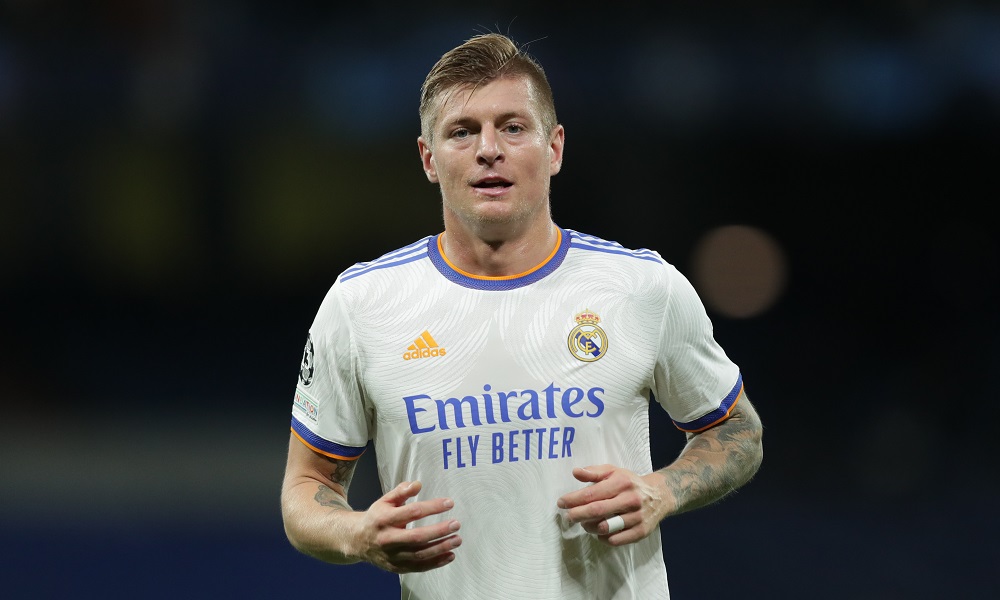 Liverpool are prepared to offer Real Madrid £25m [€30m] to sign Toni Kroos with a lucrative three-year contract being lined-up for the midfielder, according to reports via TeamTalk.

Kroos has been one of the best central midfielders on the planet over the past decade with the German international helping both club and country win a whole host of trophies during his career so far.

The 32-year-old came through the youth ranks at Bayern Munich and won 3 Bundesliga titles and the Champions League during his time in Germany before joining Real Madrid in 2014. Kroos has lifted the Champions League a further 3 times in Spain and won the La Liga title twice while he was also a key part of the German team that won the 2014 World Cup.

The midfielder is under contract at the Bernabeu until 2023 and was initially expected to see-out the rest of his career at Madrid, however, TeamTalk are citing a report from El Nacional that claims Kroos is now keen to test himself in the Premier League.

The Catalan outlet suggests that Madrid may be open to the idea of cashing-in on Kroos as they’re concerned that keeping hold of him will stunt the development of Federico Valverde and Eduardo Camavinga.

It appears the situation has alerted Liverpool as El Nacional claims the Reds have a ‘very serious’ interest in signing Kroos in the summer and are willing to offer him a three-year contract to make a move to Merseyside.

Not only that, but the Spanish outlet says Klopp will promise Kroos a key role in his starting eleven if he joins and the German star is seemingly interested in playing under his compatriot at Anfield.

According to El Nacional, Liverpool are prepared to pay £25m [€30m] to get a deal agreed and Real Madrid may decide to cash-in as this summer will be their last chance to collect a sizeable fee before his contract expires the following year.

We’ll have to wait and see how things progress over the coming months but Kroos would be a superb signing for Liverpool if they could get a deal over the line this summer.

The German star would further strengthen Klopp’s options in the middle of the park and provide competition for the likes of Fabinho, Jordan Henderson and Thiago Alcantara next season.