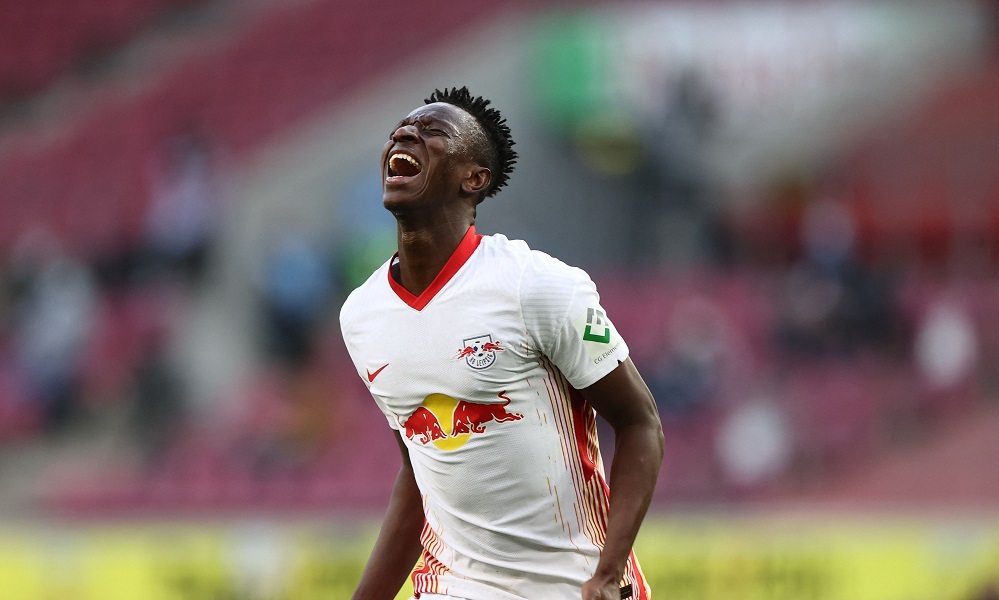 Manchester United have verbally agreed a £33m fee to sign Amadou Haidara after Ralkf Rangnick held transfer talks with RB Leipzig chiefs, according to reports via the Express.

The German coach is hoping to strengthen his squad this month to boost United’s hopes of finishing in the top four this season and a new central midfielder is believed to be a top priority.

Paul Pogba is still out recovering from a serious thigh injury while Donny van de Beek continues to be out-of-favour having failed to establish himself as United following his move from Ajax 18 months ago.

Nemanja Matic, Fred and Scott McTominay have been sharing the work load in midfield but most fans agree they need an upgrade on the trio and Haidara has emerged as a top target for the Manchester giants.

It seems Manchester United have stepped-up their interest as the Express are citing a report from the Mirror that claims Rangnick has verbally agreed a £33m fee to sign Haidara after holding talks with RB Leipzig chiefs.

However, United’s owners are yet to table a formal offer for the 23-year-old amid reports they may be tempted to hold out to try and secure a more high profile target, such as Declan Rice, in the summer.

It means Man Utd risk losing out on Haidara as the report says Newcastle United have also expressed their interest in signing the Mali international and are prepared to finance a big-money deal this month.

Haidara would no doubt prefer a move to Old Trafford but unless United push ahead with their verbal £33m agreement by making a formal offer, Leipzig may decide to end those talks in favour of dealing with Newcastle instead.

We’ll have to wait and see how things develop over the coming days but Haidara is currently away at the African Cup of Nations so he’d need permission from Mali to leave their camp to complete any potential transfer this month.

The former Red Bull Salzburg ace has developed into a top class midfielder since joining Leipzig in 2019 so he’d be a terrific addition to Manchester United’s squad if they decide to get this proposed deal over the line.