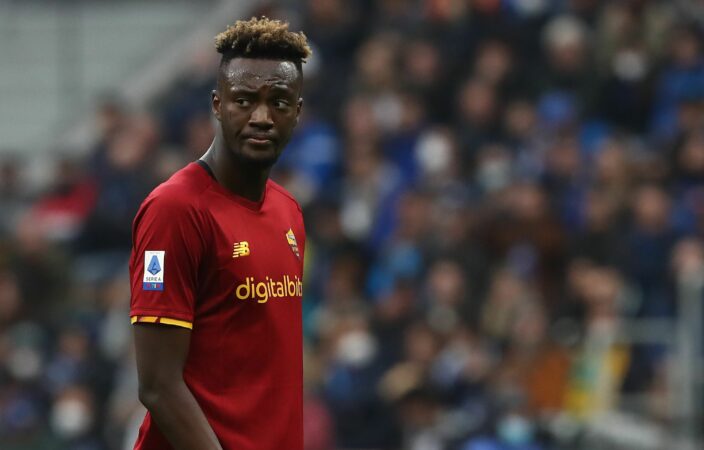 The Gunners have been fancied to pursue two strikers this summer with the prospect of Alexandre Lacazette and Eddie Nketiah leaving at the expiry of their contracts on June 30.

Regardless of this, manager Mikel Arteta may want an upgrade to the frontline. Manchester City’s Gabriel Jesus has been regularly linked, but Arsenal also have their sights on Abraham.

A recent report from Daily Star said that the Gunners are planning a £50m bid for Abraham, but football.london claims that Roma won’t accept less than the buy-back fee agreed with the Blues.

Abraham had a frustrating campaign at Chelsea last term. He netted 12 goals over the course of the season, but barely played under manager Thomas Tuchel during the final three months.

This contributed to his decision to move on. He has excelled in his maiden campaign at Roma with 24 goals and five assists, but there remain questions over his adaptability to Premier League football.

Abraham has impressed with 15 goals in Serie A this season, but we saw Romelu Lukaku fare much better with Inter Milan last term (24), only to struggle in his homecoming with Chelsea.

The Belgian has bagged just five goals in the English top-flight since his stunning £101.7m move from Inter. The Gunners should be wary of a similar situation repeating with Abraham.

The 24-year-old is definitely younger and more mobile than the Belgium international, but it does not appear worthwhile to spend nearly a club-record sum to prise him away from Roma.

On the other hand, Jesus would be a shrewd purchase for Arsenal. Brazilian journalist Jorge Nicola has revealed that the Gunners are most interested. He could be signed for a knockdown fee of £25.2m.