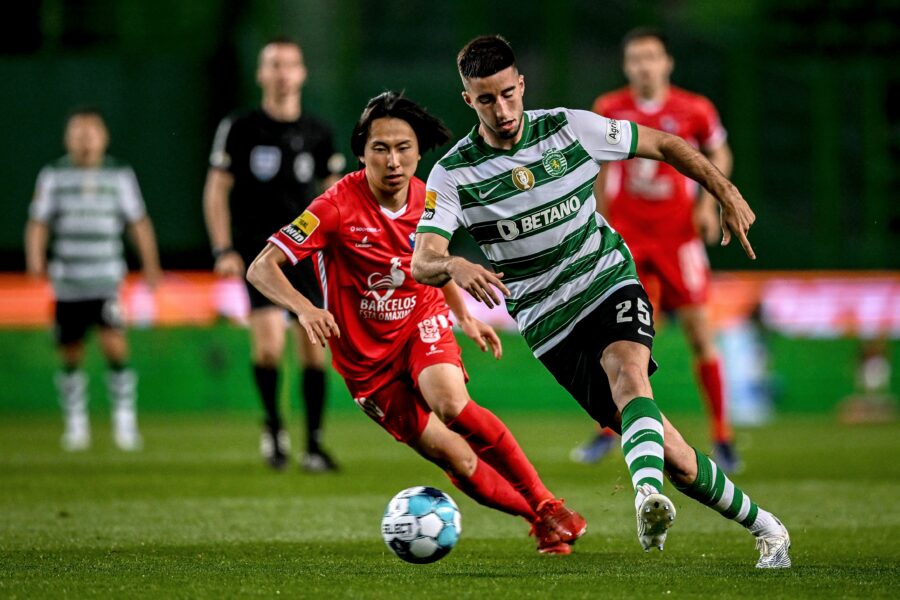 The Red Devils are planning to sign a new centre-back during the upcoming transfer window. Villarreal’s Pau Torres has re-emerged as a target, having previously been on the club’s radar last summer.

It now appears United are also keeping tabs on Inacio, who is regarded as one of Portugal’s best young defenders. The 20-year-old is currently in his second full season with Sporting.

The Red Devils have yet to make a formal approach to sign him, but Correio da Manha claims that the interest is ‘real’ and the club have been evaluating his performances for sometime.

Sporting are likely to hold out for Inacio’s €45 million (£38.5m) release clause this summer. United’s main competition will be Newcastle, who failed to sign the defender in January.

At the end of last season, there was much talk about United pursuing a left-footed centre-back to accompany Harry Maguire. This led to the frequent speculation with Torres.

However, the club eventually decided to sign long-term target Raphael Varane from Real Madrid. The Frenchman came with a high expectation, but injuries have hampered his campaign.

Despite this, the World Cup winner will be backed for a starting spot next season. Any new signing will likely compete with Harry Maguire and Victor Lindelof for the other central defensive role.

Torres appears back on United’s radar, but Inacio could be another option if the club are eyeing a left-footed central defender. The youngster has had a fine season for Sporting with 42 appearances.

He has chipped in with five goals and two assists. His main strength has been his excellent distribution. He has completed over 90 per cent of his passes over the course of the entire campaign.

The 20-year-old has also been solid defensively with an average of one tackle and one interception per game while making an impressive 2.5 clearances. He has also fared well in the air.

United could face more competition for the youngster going forward this summer, but their good working relationship with Sporting could aid their pursuit of the promising centre-back.

The Red Devils have signed the likes of Cristiano Ronaldo, Nani, Marcos Rojo and Bruno Fernandes from the Portuguese heavyweights. This could give them the edge over Newcastle and others.