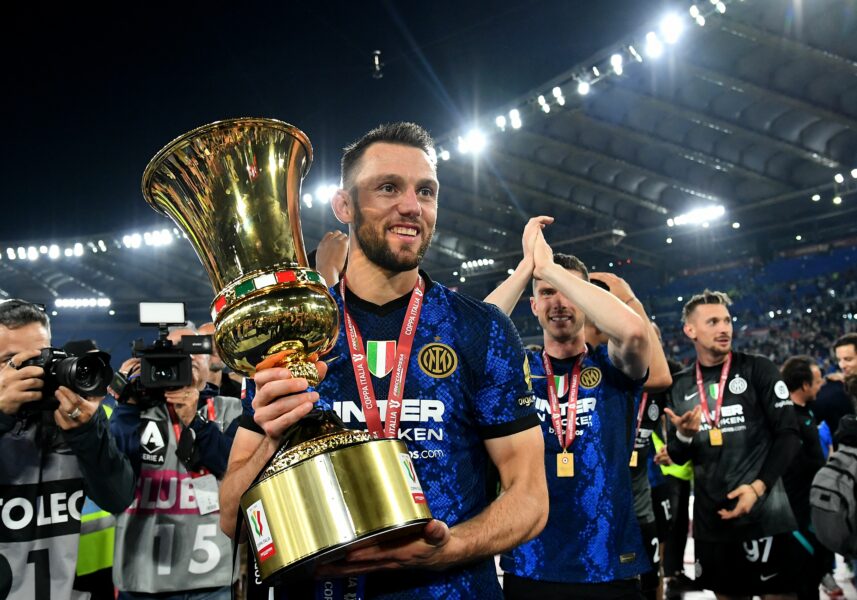 The Blues are expected to strengthen their central defensive department this summer with the free transfer departures of Antonio Rudiger and Andreas Christensen.

Sevilla’s Jules Kounde is obviously the prime target for the transfer window, but Chelsea may also want to pursue another experienced signing ahead of next season.

As per FC Inter News, the Blues have now ‘moved in’ for De Vrij amid the uncertainty surrounding his future at Inter Milan.

The Dutchman was fancied to sign a new €5m (£4.25m) per year contract last year, but Inter are now reluctant to hand him an extension unless he accepts a pay-cut on that figure.

This is likely to pave the way for a summer exit with his current deal expiring in June 2023. Chelsea seem prepared to meet the £13m price tag and salary demands to sign him, according to FC Inter News.

Chelsea are currently weighing up an opening bid for Kounde, and there is growing optimism that they can secure a transfer agreement for the Frenchman before the end of the month.

The 23-year-old could be a replacement for Andreas Christensen, judging by positional preferences. He has been a regular right-sided centre-back, who can occasionally play at right-back.

Considering this, he could feature on the right side of the back three for Chelsea. Meanwhile, De Vrij could be seen as a replacement for Antonio Rudiger on the left side of the Blues’ defence.

The Dutchman has similar attributes. He is strong in the air and prefers to clear his lines. His distribution is also excellent with 92 per cent of his passes completed in Serie A last season.

With his vast experience of playing in the back three at Inter, he should settle seamlessly. De Vrij may be 30, but we have seen that the Blues are not averse to pursuing experienced stars.

Thiago Silva is a fine example. The Brazilian joined at the age of nearly 35 two years ago, and has been their best-performing centre-back. De Vrij could have a similar impact with the club.