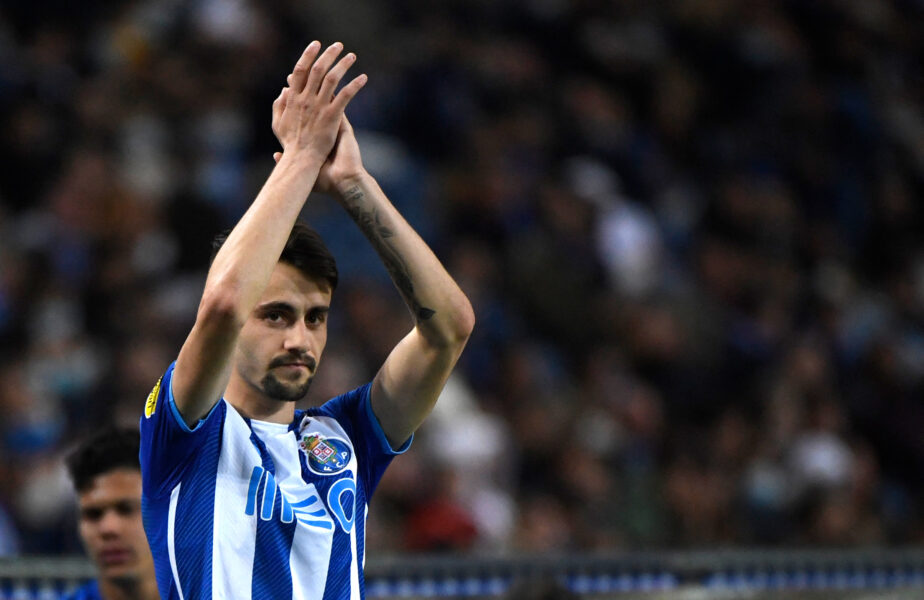 The Gunners have been touted to sign a new centre-forward and midfielder in recent weeks, but it appears the club are working behind the scenes to reinforce different positions.

It is now reported by Romano that Arsenal have submitted a final proposal worth £30m plus add-ons for Vieira. Instead of triggering the £42.5m release clause, they have opted to negotiate.

Porto are prepared to accept the transfer offer once the payment terms are finalised.

Vieira had a superb breakout campaign with Porto last term, registering seven goals and 16 assists from 39 appearances. He operated in either the number 10 or second striker role.

Gunners boss Mikel Arteta may have similar plans for him. Martin Odegaard was the regular attacking midfielder last term. The arrival of Vieira should provide quality depth and competition.

Meanwhile, his ability to play in a two-man frontline could also benefit the Gunners. He is left-footed dominant and has impressed with his ability to hold-up play and provide key passes.

The Gunners’ move for Vieira has definitely come out of the blue, but his signing would go with the club’s transfer policy of pursuing emerging players with adequate first-team experience.

The club still need a couple of tried-and-tested players at the highest level, but the pursuit of Vieira suggests that the hierarchy are secretly doing their business which is ideal to avoid rival interest.

Arsenal have made just one signing in Marquinhos from Sao Paulo this summer. A deal is in place with New England Revolution for goalkeeper Matt Turner, but there has been no formal announcement thus far.

Vieira could potentially become the club’s second summer signing. Pedro Sepulveda, who broke the initial story before Romano, has confirmed that Vieira will travel to London for his medical in the next few hours.