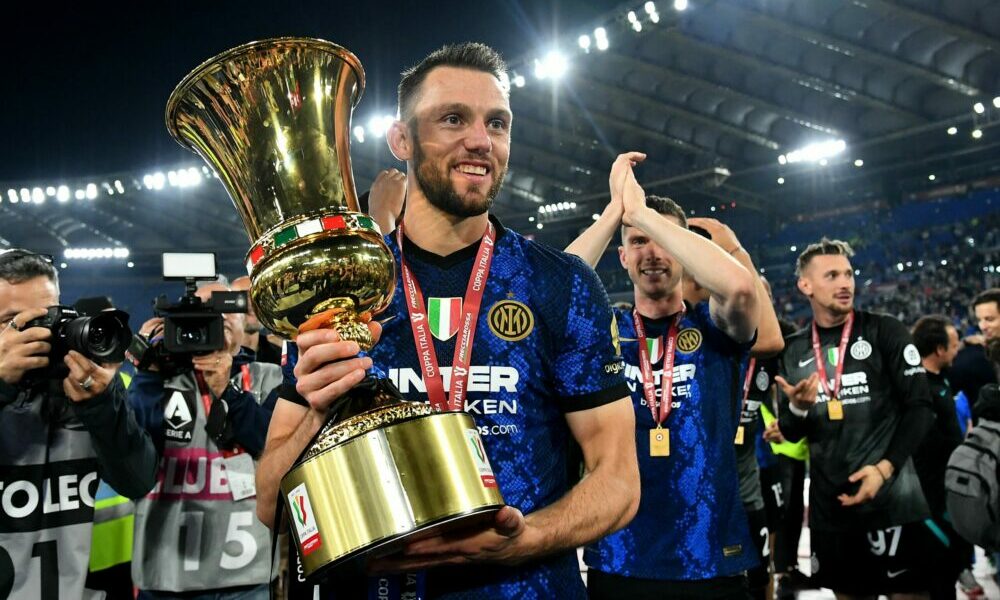 The Red Devils are planning to sign a new central defender, and they have already been linked with the likes of Jurrien Timber and Lisandro Martinez from Ajax.

However, United have not made progress in negotiating a fee for either player. De Telegraaf has recently claimed that both of them are valued between £43-52m.

It is unclear whether Manchester United will meet those asking prices, but Corriere della Serra claim that the Premier League giants are ‘interested’ in signing De Vrij, whose contract expires in June 2023.

The Dutchman has been a key player for Inter Milan over the past few years, but the club have refused to ‘rule out’ his departure during the current transfer window.

United are focused on pursuing a young centre-back. New manager Erik ten Hag obviously prefers one of his former players from Ajax, but they won’t come on the cheap.

With the need to reinforce several other positions in the squad, there is a possibility that Manchester United could pursue a low-cost experienced signing for the forthcoming campaign.

De Vrij would be an ideal choice in this case. He could reportedly be prised way for just £13 million with his contract expiring next summer and would suit Ten Hag’s style of play.

The Netherlands international has a good aerial presence and can clear his lines with good effect. His main strength, however, lies in his distribution from the backline.

He completed 91.6 per cent of his passes in the recent campaign. He is comfortable with the ball at his feet, and this is an attribute that Ten Hag prefers in his central defenders.

However, United won’t be alone in his pursuit with Chelsea also credited with an interest. The Blues may see him as a like-for-like replacement for Antonio Rudiger on the left side of the back three.

Rudiger recently sealed a free transfer move to Real Madrid so Thomas Tuchel is in the market for defensive reinforcements, and Chelsea could battle it out with Man Utd over a deal fro De Vrij.