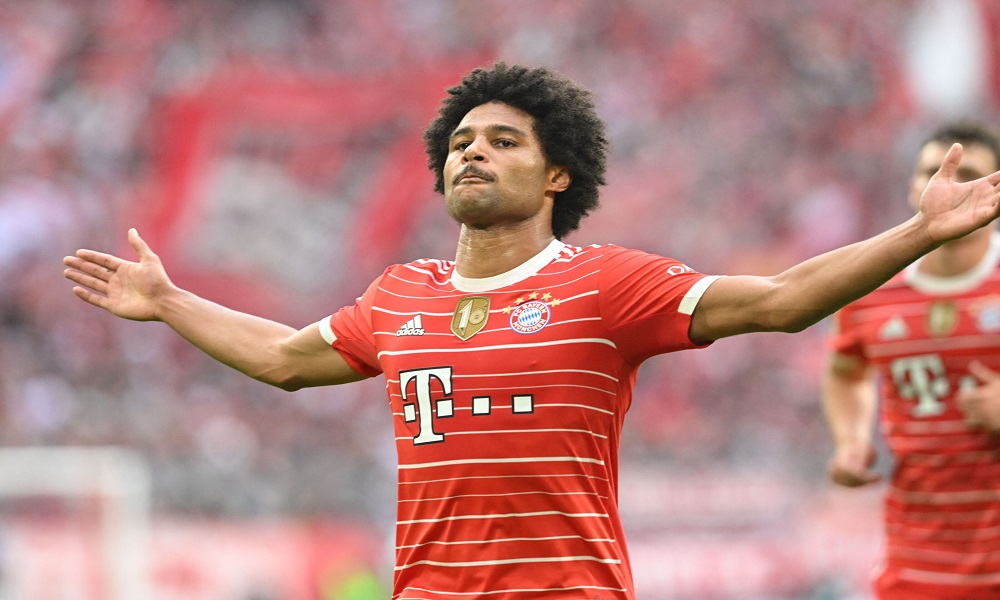 90min has revealed that Arsenal are monitoring the contract stand off between Serge Gnabry and Bayern Munich and could try to lure the attacker back to England this summer.

Gnabry started his professional career with Arsenal in 2012 and managed to make 18 senior appearances before joining Bayern Munich in 2017. Since moving to the Allianz Arena, Gnabry has developed into one of the best attackers in Europe.

The 26-year-old has established himself as a vital park of the Bavarians’ attack, providing 63 goals and 40 assists in his 171 appearances in all competitions over the past four years.

Gnabry played a key role in Bayern’s treble-winning side during the 2019/20 season and has also racked up 20 goals in 34 appearances for the German national team.

However, he has just one year left on his contract and so far he’s yet to agree terms over a new deal. Bayern director Hasan Salihamidzic has suggested the club will look to cash-in this summer if Gnabry doesn’t sign a new deal rather than lose him for nothing next year.

Salihamidzic is quoted by 90min as saying:

“We really want to keep him. I hope that he chooses Bayern. If a player doesn’t want to decide for the club, then we can find a solution that makes everyone happy,”

The situation has alerted Arsenal with 90min claiming that Mikel Arteta is keeping a close eye on Gnabry’s contract stand off with a view to making a possible move should no deal be agreed.

Arsenal are looking to strengthen their attack this summer but are set to miss out on Leeds United star Raphinha with the Brazilian now likely to join either Chelsea or Barcelona.

Arteta could be viewing Gnabry as an alternative target and he’d certainly be an excellent addition to their attack having provided 17 goals and 10 assists last season. He can also play anywhere across the front three.

However, it would be an ambitious move if Arsenal do try to lure the German international back to north London. Gnabry has suggested in the past he’d be open to a return to Arsenal but their lack of Champions League football this coming season could hamper any attempts to land the attacker this summer.