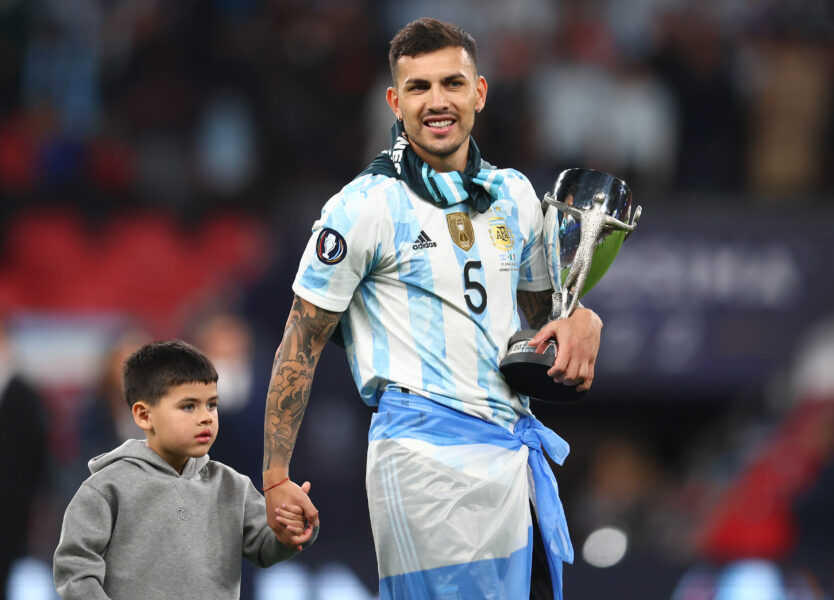 Manchester United have been put off from signing Leandro Paredes after learning the asking price of Paris Saint-Germain, French outlet L’Equipe claim.

The Red Devils are on the hunt for a new defensive midfielder. Barcelona’s Frenkie de Jong has been the prime target, but United are still far from finalising a transfer agreement for him.

Amidst this, L’Equipe report that United recently enquired over Paredes, but were put off by the €35 million (£29.6m) set by Les Parisiens. They are said to have ‘walked out of dialogue’.

United recently parted ways with Nemanja Matic and Paul Pogba on free transfers, and this has left them with Fred and Scott McTominay as the only senior holding midfielders.

The club desperately need a new addition this summer. De Jong has been touted as a solution, but United are yet to make the breakthrough in negotiations with Barcelona.

If they manage to agree a deal, they still have a difficult job to convince the Netherlands international, who appears determined to play Champions League football next term.

Hence, it is not surprising that they are looking at alternative options. Paredes has been long linked with United, but it may not be the right choice to sign him this summer.

The Argentine is coming off a difficult campaign at Parc des Princes where he was injured for over 20 competitive outings. United don’t need another injury-plagued player.

Meanwhile, he is already 28 and does not have much time to adapt to the demands of the Premier League. With a salary hike on top of the transfer fee, it could be a costly purchase.

United have definitely made the right decision to pull out of talks. They are better off pursuing a younger midfielder, who can slowly adjust to manager Erik ten Hag’s tactics.

Meanwhile, De Jong is one of those who could settle seamlessly, having played under Ten Hag at Ajax, but United face a tough task of luring him with Chelsea also interested.