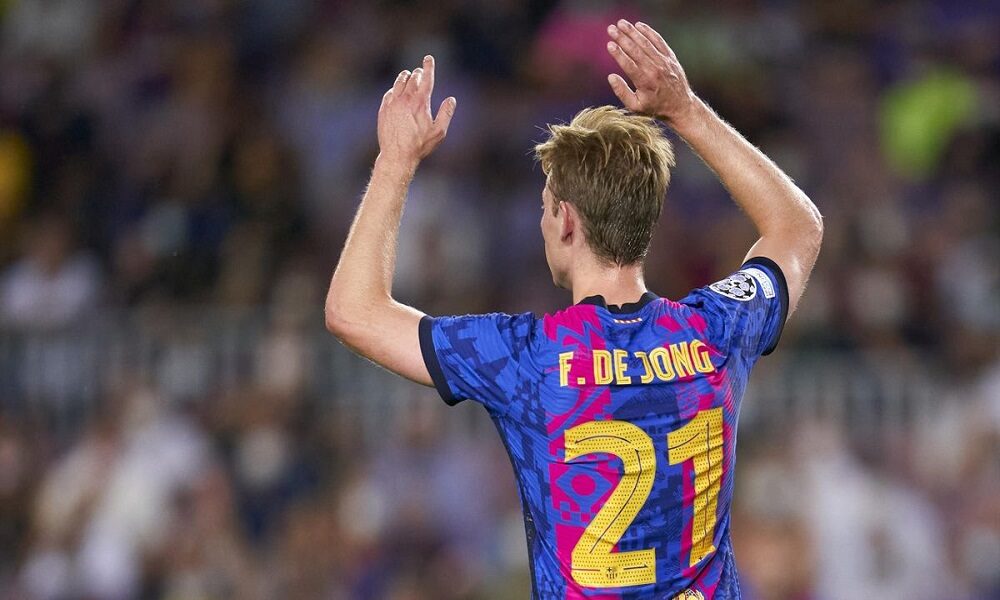 Manchester United have been provided assurances that Frenkie de Jong is willing to join them, provided his salary concerns with Barcelona are resolved, The Telegraph report.

The Red Devils have been in constant negotiations with Barcelona for the Netherlands international, and it has been claimed that they have reached a broad agreement of £55m plus £17m in add-ons to sign him.

Despite this, the proposed transfer has been held up by the fact that Barcelona still owe De Jong around £17.1m in deferred payments. This involves salary reduction over two years due to Covid as well as loyalty bonuses.

United have still not given up on signing him, and The Telegraph claim that the club have been ‘given assurances’ that De Jong is willing to move to Old Trafford if his salary issues are settled.

Barcelona may have to agree on a potential timescale for the repayment. In case there is no resolution between them and De Jong, United may eventually pull out of talks to pursue alternative targets.

It is widely known that De Jong is the priority midfield target for manager Erik ten Hag. The 25-year-old was a key player from the deep-lying midfield position when they were together at Ajax.

His excellent distribution, ball control and dribbling ability makes him an ideal fit for the Dutch tactician. De Jong may not need much time to adapt to the playing style due to the familiarity from his Ajax days.

United have now been offered encouragement that De Jong will choose them if Barcelona pay his debts, but how long the process may take remains to be seen. The Red Devils are unlikely to stay patient for long.

They have already spent more than a month negotiating over the transfer, and there are less than four weeks left before the new Premier League campaign restarts. United need to act fast with their summer signings.

The transfer window is open until September 1, but the club will have played five league games by then. They wouldn’t want an early setback to their season, just because they could not sign a top defensive midfielder.

The next few days could be crucial to deciding De Jong’s fate. If a deal does not materialise, United could look at alternative choices. Leicester’s Youri Tielemans and Wolves’ Ruben Neves are on their radar.