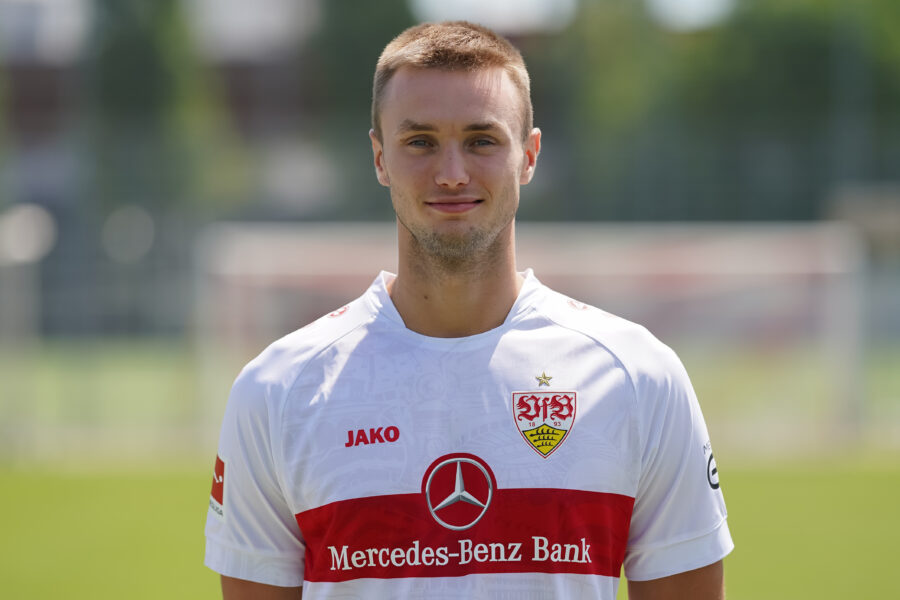 Manchester United have been in contact with the representatives of Stuttgart striker Sasa Kalajdzic over a possible move, reputed journalist Florian Plettenberg claims.

The Red Devils currently have Cristiano Ronaldo as the only specialist striker in the squad, but there are doubts regarding his future ahead of the 2021/22 Premier League campaign.

United boss Erik ten Hag has affirmed that Ronaldo is in the club’s plans for next season, but the Portuguese could still move on due to his desire to play Champions League football.

RB Leipzig’s Brian Brobbey was recently claimed as an option for United, but a deal seems highly unlikely with Ajax in advanced negotiations with the Bundesliga outfit to sign him.

Kalajdzic now appears as the back-up choice, and Plettenberg reports that United have opened talks with his management over a summer move. The striker is said to welcome a move to Old Trafford.

The Austria international made an excellent impression in his debut Bundesliga campaign in 2020/21, registering 16 goals from 33 outings. He could not make a similar impact last season.

Kalajdzic suffered a shoulder dislocation in August 2021, and had to wait until January for his return. He still played a key role for Stuttgart with six goals and two assists as they avoided a relegation play-off.

The striker is now expected to be sold, having entered the final year of his contract. He could be available for around £17 million, and that would be a bargain for United if he can stay unscathed.

Kalajdzic has suffered three long-term injuries over the last four years. United would have to take a risk in signing him, but he could be a solid acquisition if his fitness record improves.

The 25-year-old is brilliant in the air with his height of 200cm. He won over four aerial duels per game last term. Since August 2020, he has scored 50 per cent of his goals from headers.

He could offer a different outlook to United’s attack, particularly in the closing stages. His strong heading ability would provide a headache for opposition defences from set-pieces.