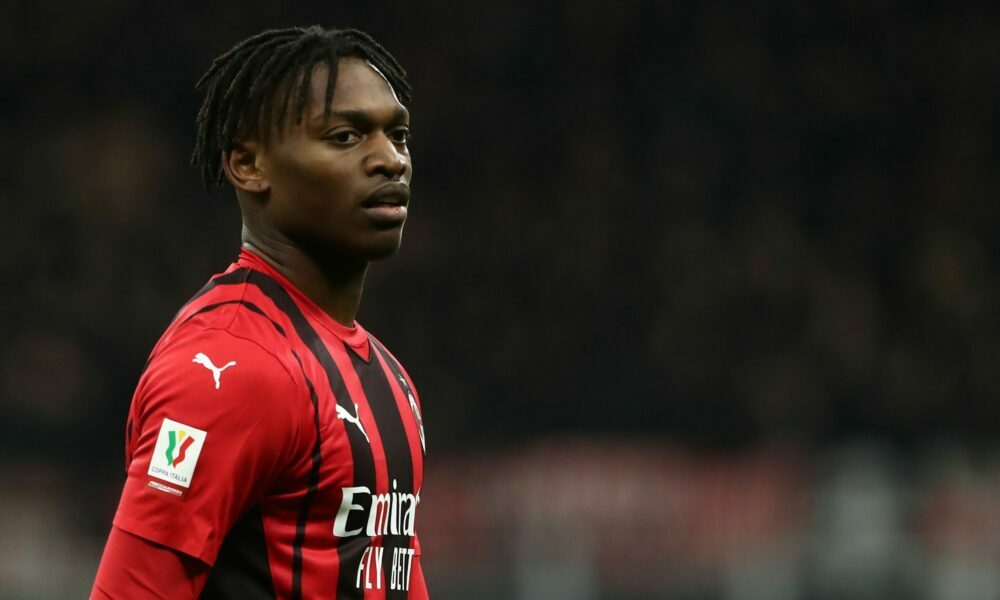 Chelsea are keen on Rafael Leao but will have to trigger the hefty £128m release clause in his contract if they want to land the AC Milan forward, Calciomercato report.

The Blues recently signed Raheem Sterling from Manchester City, but they are known to be eyeing another wide player during the ongoing transfer window.

An approach for Raphinha was unsuccessful earlier this month, and the same has been the case with Serge Gnabry, who has now signed a new Bayern contract.

Leao is another player that Chelsea boss Thomas Tuchel is interested in, but Milan are clear that they won’t sell him for less than his £128 million buy-out clause, as per Calciomercato.

Milan are prepared to keep him for one more season despite the fact that contract negotiations have stalled. The 23-year-old’s current contract expires in June 2024.

The Portuguese made all of his appearances from the left side from the attack, but has shown in the past that he is capable of playing as the main centre-forward.

His versatility could be a reason behind Chelsea’s interest, but it does not justify the Blues spending a staggering club-record fee to secure his signature.

Leao has potential to become a leading star but for now, he is unproven, considering he managed just 22 goal contributions in the two campaigns before the last.

Chelsea have made initial contact with his representative, but they may probably wait for another year. He could be available for a reduced fee if he does not renew.

They would still need to be wary of spending big on young attackers after the mixed bag of performances from Kai Havertz, Timo Werner and Christian Pulisic.

Havertz, Werner and Pulisic have come up with match-winning performances for Chelsea, but there has been a lack of consistency from the trio that can’t be ignored.