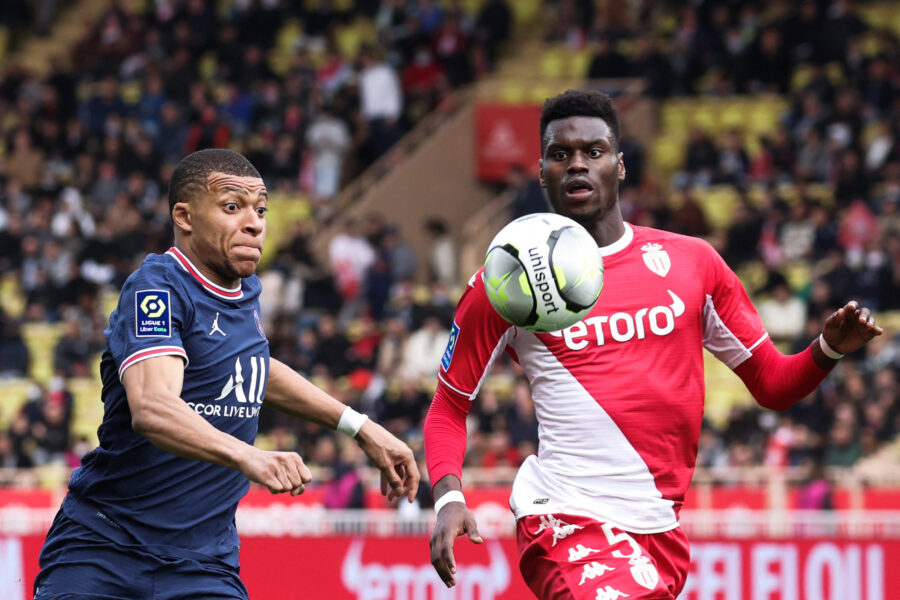 Chelsea are one of the clubs interested in signing Monaco centre-back Benoit Badiashile this summer, French outlet L’Equipe claim.

The Blues have already signed a new central defender in Kalidou Koulibaly from Napoli, but they are eyeing more reinforcements in the position ahead of the new season.

A move for Manchester City’s Nathan Ake failed to materialise recently, and they are prepared to walk away from a deal for Jules Kounde with Barcelona favourites to sign him.

Amidst this, L’Equipe report that Chelsea are interested in signing Badiashile, but they are not alone with Manchester United, Sevilla and Barcelona also keen on him.

The same publication reveal that Monaco won’t sell him for less than €50 million (£42m) this summer.

Badiashile has developed into a top-class centre-back for Monaco. At just 21, he is an undisputed starter for them, and would suit the Premier League with his all-round attributes.

The French defender possesses a strong aerial presence with his height of 194cm, but he is also solid when it comes to tackling, making interceptions as well as clearing his lines.

On top of this, he is a brilliant distributor of the ball. In the recent campaign, he completed 87 per cent of his passes in all competitions with nearly four long balls per appearance.

With his huge potential, it appears worthwhile for Chelsea to spend £42m on him. He could perfectly fit into the left side of the back three, considering he is a predominantly left-footed centre-back.

Monaco Tribune praised him last season as an ‘immensely gifted‘ player, and Chelsea should have an advantage over the likes of United, Sevilla and Barcelona in the transfer pursuit.

United have already signed Lisandro Martinez and may not purchase another central defender. Elsewhere, Barcelona have landed Andreas Christensen for free. Kounde is also close to joining them.

Sevilla are the other interested club in the player, but the La Liga outfit are unlikely to spend the majority of the fee from Kounde’s sale on Badiashile. Their highest spend on a player stands at £22.5m.