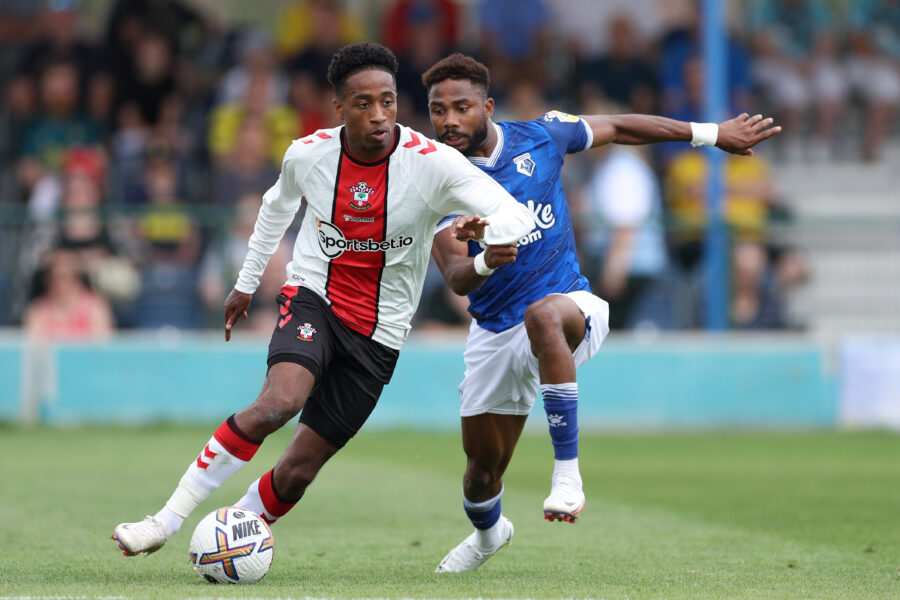 Chelsea have expressed an interest in signing Southampton defender Kyle Walker-Peters as they aim to bolster the right wing-back department, Standard Sport claim.

The Blues have already completed the signings of Kalidou Koulibaly, Raheem Sterling and Gabriel Slonina this summer while they have an agreement in place for Aston Villa’s Carney Chukwuemeka.

The club are now in advanced negotiations to sign Marc Cucurella from Brighton & Hove Albion and Standard Sport report that Walker-Peters has emerged as the next target on their radar.

The Blues are currently on a wide pursuit of defensive options, and it is claimed that they are also interested in signing Wesley Fofana and Denzel Dumfries from Leicester and Inter Milan respectively.

Chelsea lost the services of Antonio Rudiger and Andreas Christensen on free transfers last month, and this left a significant void in the central defensive department.

Koulibaly has been signed to reinforce the ranks. If Chelsea were to land Cucurella, he could be another option for the back three, having played there for Brighton.

Cucurella is generally a left wing-back by trade, and his arrival could mean that Chelsea are preparing to part ways with Marcos Alonso in the coming weeks.

Meanwhile, a move for Walker-Peters could be directly related to the future of Cesar Azpilicueta, who has already agreed personal terms with Barcelona.

Walker-Peters has caught the eye with his strong tackling as well as excellent dribbling qualities, and he could be seen as a handy competitor to Reece James.

There have been occasions where James has played in the back three for Chelsea. Manager Thomas Tuchel may want a strong deputy at right wing-back in such cases.

Walker-Peters, who is now a full England international, fits the bill, but he won’t come for cheap with a £40m price tag.

On the contrary, Dumfries could be available for much less at £34m. If Chelsea were to choose between them, Dumfries would be a better choice with his creativity.