Man Utd told to speed up talks for Benjamin Sesko 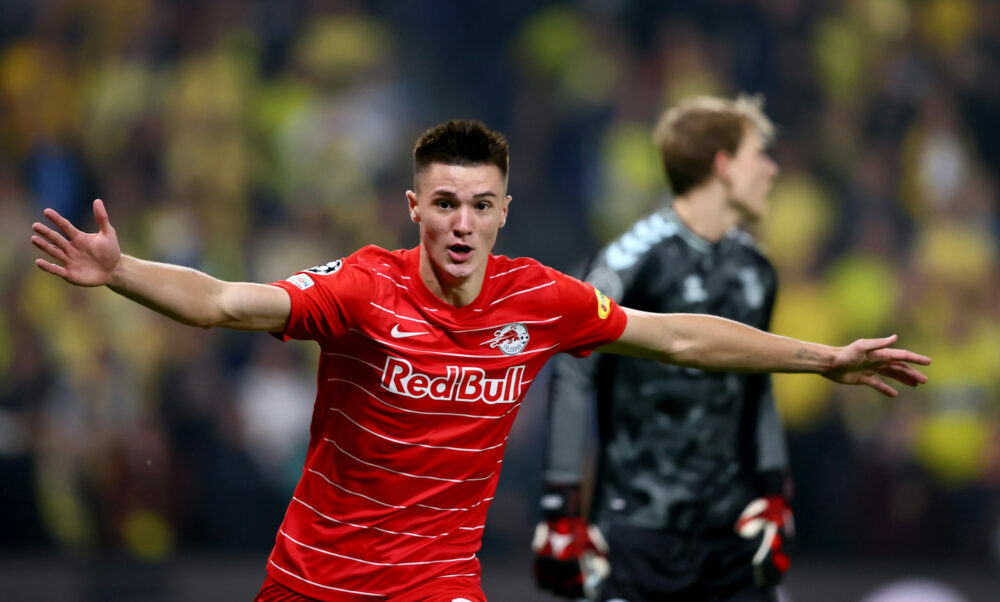 Fabrizio Romano has reported that Manchester United have to be quick if they are to sign RB Salzburg sensation Benjamin Sesko this summer.

Romano has revealed that United met with the player’s representatives a few days ago and with talks ongoing, Sesko will make a decision soon with his agent and family.

Earlier this month inews reported that Manchester United were asked to pay £45 million to secure the services of the 19-year-old. Chelsea and Newcastle United are also understood to be in the reckoning to sign the teenage sensation.

Salzburg want to keep the young striker but are prepared to sell him should they receive a big money offer from England, claims inews.

The Austrian outfit have reiterated that Sesko is an integral part of their team and the player has also maintained a similar stance. However, with time still left in the summer window, that may change.

Manchester United are keen to make additions to their attack. Erik ten Hag wants Ajax winger Antony at Old Trafford but with Ajax playing hardball in negotiations, an agreement has proved to be difficult to reach so far. Moreover, the Red Devils have also been in talks with Barcelona for Frenkie de Jong for several weeks and are still a long way from finalising the transfer. Therefore, it makes sense for ten Hag to identify other targets and speed up his rebuilding process at United.

Sesko has the potential to develop into an elite striker and he could reach his full potential under Erik ten Hag. The former Ajax manager is known for his attacking brand of football and the Slovenian could thrive under him. United’s Europa League status, however, has proved to be their biggest enemy this season as Sesko is said to be eyeing UEFA Champions League football.

He has the pace and the skill set to succeed in England. Also, the Slovenian international is naturally gifted with a height of 6’4″ and is strong physically. Therefore, an offensive for him would not be bad business at all.

He made 36 appearances for Salzburg last season and ended up scoring 10 goals while providing seven assists during the same time. Sesko has made a bright start to this season as well, scoring twice, including the winner against Liverpool in the recently concluded friendly between the two teams.

Romano’s statement, however, makes sense. Chelsea are keen on signing a new attacker, having missed out on Raphinha and loaned out Romelu Lukaku. Timo Werner has also been linked with a move away from the club and Thomas Tuchel could well go for Sesko if the German striker’s potential move materialises.

Newcastle United are also planning on reinforcing their attack. The Magpies have also missed out on Hugo Ekikte to Paris Saint-Germain and have identified Sesko as an alternative target.

If Man Utd win the race to sign the Salzburg striker, he would become their fourth signing of the summer following Christian Eriksen, Tyrell Malacia and Lisandro Martinez.