Arsenal kick start the 2022/23 Premier League campaign with a tricky trip to Selhurst Park to take on Crystal Palace tonight. Here are the confirmed line-ups: 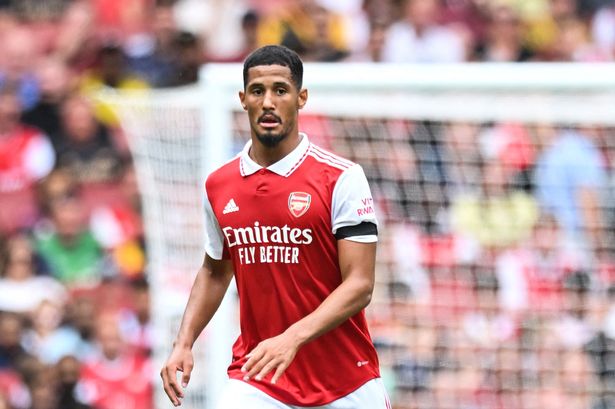 Arsenal kick start the 2022/23 Premier League campaign with a tricky trip to Selhurst Park to take on Crystal Palace tonight.

Mikel Arteta hands a competitive debut to Gabriel Jesus with the Brazilian international starting up front for Arsenal this evening. Jesus has impressed since arriving from Man City having scored 7 goals in 5 pre-season games so he’ll be looking to continue that form.

Oleksandr Zinchenko also makes his bow for Arsenal following his move from City last month. The Ukrainian international starts at left-back ahead of Kieran Tierney – who’s only fit enough for a place on the bench.

William Saliba also makes his competitive debut for the Gunners as he lines-up alongside Gabriel in central defence. Saliba impressed on loan at Marseille last season so he’ll be desperate to cement his place in Arteta’s side.

Ben White moves out to right-back with Takehiro Tomiyasu not deemed fit to feature having only recently returned from injury. Thomas Partey starts in midfield alongside Granit Xhaka while Martin Odegaard captains Arsenal tonight.

Bukayo Saka starts on the right flank for the north Londoners while Gabriel Martinelli is given the nod on the opposite flank. Emile Smith Rowe isn’t involved after only returning to training yesterday but Eddie Nketiah and Nicolas Pepe are on the Arsenal bench.

As for Palace, Wilfried Zaha starts in attack along with Odsonne Edouard and Eberechi Eze. Andre Ayew and Jeff Schlupp also get starts while Nathaniel Clyne starts at the back along with Joachim Anderson, Tyrick Mitchell and Marc Guehi.