Broughton ‘hopeful’ of sale to NESV on Today 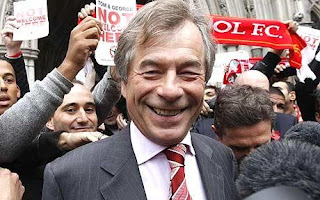 Liverpool’s English Board of Directors have stated their delight at the decision of the High Court to order Hicks and Gillette to drop their lawsuit against Broughton, Purslow, Ayre and NESV. The nasty duo have until 4pm to do so. If they fail to suspend the suit, they will be found in contempt of court in the UK.
LFC issued a statement this evening:

“The Independent Directors of Liverpool Football Club are delighted with the verdict of Mr. Justice Floyd in the High Court this afternoon which now requires Mr. Hicks and Mr. Gillett to withdraw their Texas Restraining Order by 4pm tomorrow.We are glad to have taken another important step towards completing the sale process.”

Hicks & Gillette were in court in Dallas again this evening. It is unclear as yet as to what was said at that sitting but it is believed that NESV and LFC have made representations at this court case. The Dallas court, presided over by Judge Jordan has adjorned for this evening and will resume at 1pm GMT.