Manchester United play host to Sunderland at Old Trafford tonight looking to overcome a 2-1 deficit to reach the final of the Capital One Cup. Here’s a preview

Manchester United play host to Sunderland at Old Trafford tonight looking to overcome a 2-1 deficit to reach the final of the Capital One Cup.

United slumped to a 2-1 loss at the Stadium of Light in the first leg two weeks ago but bookmakers have them as the heavy odds on favourites to turn things around on home soil to book a date against rivals Man City at Wembley. For example, the Bet365 betting odds have Sunderland at a very tempting 8/1 to progress tonight, despite them going into the second leg ahead.

David Moyes men have endured a disappointing start to 2014 that’s seen them lose four of their five fixtures, including a 3-1 defeat to Chelsea on Sunday that all but ended their hopes of retaining their Premier League title.

United will of course hold the advantage in terms of Cup experience having won the League Cup three times in the last 10 years and have an impressive semi-final record, winning eight of their last nine games at this stage of the competition.

However, Sunderland could prove to be stiffer competition than many would expect with Gus Poyet’s side having only lost once in their last 10 games, and came from 2-down to salvage a point against Southampton on Saturday.

United could be handed a huge boost after Wayne Rooney returned to training this week. The striker has been suffering from a groin problem and will be given a late fitness test, although he’s expected to start from the bench.

Robin van Persie is also edging closer to a return but isn’t likely to be involved tonight as he continues to recover from a thigh injury.

Phil Jones is likely to drop back alongside Jonny Evans in defence with skipper Nemanja Vidic starting a three-game ban following his sending off on Sunday.  Patrice Evra is also a doubt after being forced off in that game, so Alexander Buttner is on stand-by to fill in.

Shinji Kagawa could be given a run-out at Ashley Young’s expense, while Tom Cleverley, Ryan Giggs and Darren Fletcher are all pushing for recalls in midfield.

Sunderland could recall striker Steven Fletcher to the starting eleven after he came through a substitute appearance unscathed at the weekend having returned from an Achilles problem.

New signings Santiago Vergini and Oscar Ustari will go straight into the squad but are expected to be named among the subs having only had one-day’s training with their new club. Carlos Cuellar (hip) and keeper Keiren Westwood (shoulder) remain out injued. 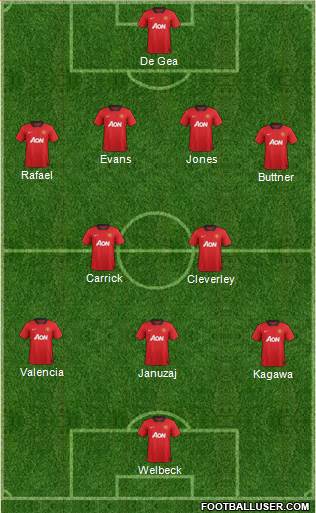 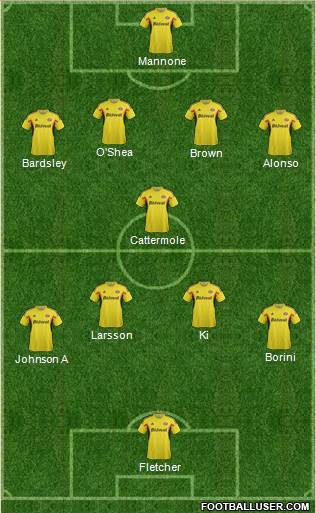 Adnan Januzaj: The youngster has been a rare shining light for United in recent weeks and he will have to play a key role tonight if the Red Devils are going to turn things around, particularly if Rooney doesn’t start.

Man Utd 2-0 Sunderland: I don’t think this is going to be a walk in the park for United by any means, but I’m backing them to do enough to book their place at Wembley and set-up a mouth-watering clash with City.

What team would you start tonight and what’s your predicted score? Share your views below.