Lazar Markovic has been pictured at an airport and on board a plane as he makes his way to Liverpool to put the finishing touches on a £20m move to Anfield.

The summer transfer window is now open for business and it’s expected to be a busy few weeks as managers strengthen their squads ahead of next season, so we’ll bring you all the latest news and gossip. Today, Liverpool edge closer to the signing of Lazar Markovic. 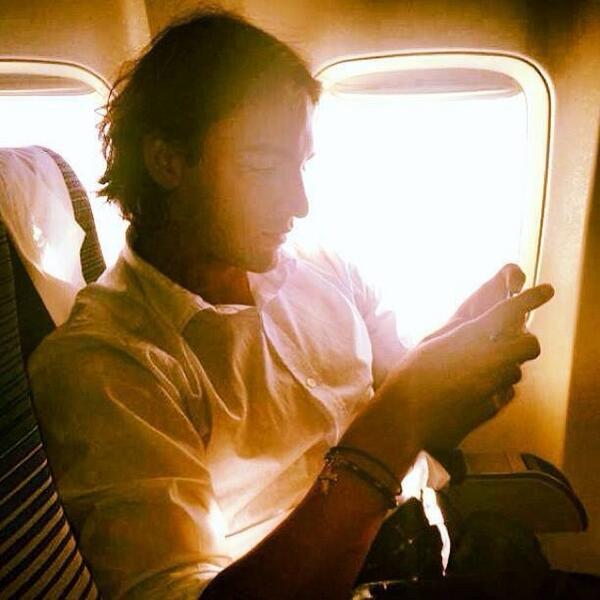 Lazar Markovic has been pictured at Lisbon airport and on board a plane as he makes his way to Liverpool to put the finishing touches on a £20m move to Anfield.

The Benfica winger has been strongly linked with a move to Liverpool in recent days and reports claimed the 20-year-old was due to arrive on Merseyside on Friday to undergo a medical after the Reds agreed a £20m deal with the Portuguese champions.

The Express claim that ‘bureaucratic issues’ prevented the young winger from making the trip to England yesterday. However, everything appears to have been resolved as the player has been pictured leaving Lisbon airport early this morning as he prepared to board a flight to Liverpool, and Sunday Times journalist Duncan Castles confirmed on Twitter that Markovic was accompanied by his brother Filip and agent Ulisses Santos.

So it looks like the attacker will put the finishing touches on his move to Anfield today and he’s expected to become Liverpool’s fourth major signing following the additions of Adam Lallana, Rickie Lambert and Emre Can.