Serbian winger Lazar Markovic has completed his €25m (£19.8m) move from Benfica to Liverpool on Tuesday afternoon. Here are some photos of him in his new kit.

The summer transfer window is now open for business and it’s expected to be a busy few weeks as managers strengthen their squads ahead of next season, so we’ll bring you all the latest news and gossip. Today, Lazar Markovic joins Liverpool. 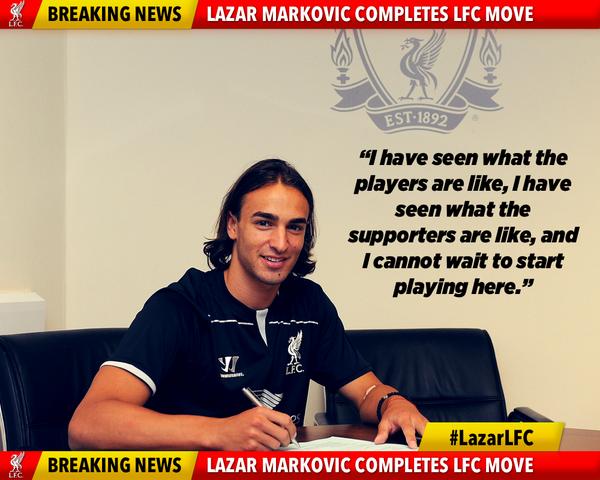 The 20-year-old attacker has been strongly linked with a move to Liverpool in recent weeks and a deal looked to be on the cards when reports over the weekend claimed a €25m fee had been agreed between the two clubs.

The youngster flew in to Merseyside on Monday to undergo a medical and agree personal terms, and Liverpool fans have been waiting patiently this afternoon for the deal to be officially confirmed.

Finally, Benfica announced the deal on their website a short time ago, confirming they have sold Liverpool their 50% share of Markovic’s contract for €12.5m (£9.9m), while agent Pini Zahavi receives the other €12.5m for his 50% stake in the player.

It’s taken Liverpool a little while to confirm things at their end but the club announced on Liverpoolfc.com this evening that Markovic has now joined the club and signed a long-term deal. After completing the move, he told the clubs website:

“I am very happy that I have joined such a great club.

Markovic becomes the Reds fourth major signing this summer following the arrivals of Adam Lallana, Rickie Lambert and Emre Can and he’ll give Brendan Rodgers an exciting new option in attack next season.

Here are some images of the youngster posing in the Liverpool training kit, signing his contract, standing in the boot room and holding the new home shirt: 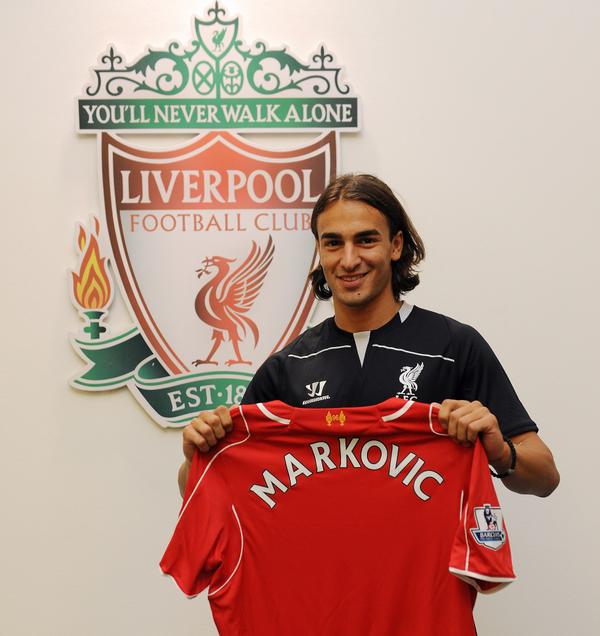