Georginio Wijnaldum has joined Liverpool on a long-term deal from Newcastle United after completing his medical on Friday afternoon. See photos here

The summer transfer window is now open for business so we’ll bring you all the latest transfer rumours and gossip from around the globe. Today, all the latest on Georginio Wijnaldum’s move to Liverpool…

Georginio Wijnaldum has joined Liverpool on a long-term deal from Newcastle United after completing his medical on Friday afternoon, the Reds have confirmed on Liverpoolfc.com.

Wijnaldum has been strongly linked with a move to Anfield over the past week after Jurgen Klopp turned his attention to the Dutch international after failing with his attempts to land Udinese midfielder Piotr Zielinski.

Liverpool moved swiftly to open negotiations with Newcastle and the Mirror claim that Wijnaldum has agreed a five-year deal worth £75,000-a-week after the two clubs came to an agreement that would see the Reds pay an initial £23m – although the fee could rise to £25m depending on appearances.

The 25-year-old successfully underwent the second part of his medical at Melwood on Friday after completing the first part on Thursday and fans have been patiently waiting for official confirmation of the move.

Liverpool finally announced the deal this evening with Wijnaldum telling their official website:

“I’m really excited because Liverpool is a big club with a great history and it’s always a dream to play for as big a club as Liverpool.”

Wijnaldum made a £14.5m move to Newcastle from PSV Eindhoven last summer and caught Klopp’s eye after enjoying an excellent debut season in the Premier League having scored 11 goals as well as providing 5 assists in his 38 appearances.

However, he wasn’t able to prevent the Magpies from relegation to the Championship and Liverpool have beaten off stiff competition to sign the Dutch international with Wijnaldum set to wear the No.5 shirt at Anfield.

The midfielder is now expected to join the rest of the Liverpool squad on their pre-season tour in California where he’ll hope to feature in friendlies against Chelsea, AC Milan and Roma in the International Cup.

Here are more photos of the midfielder in his new kit: 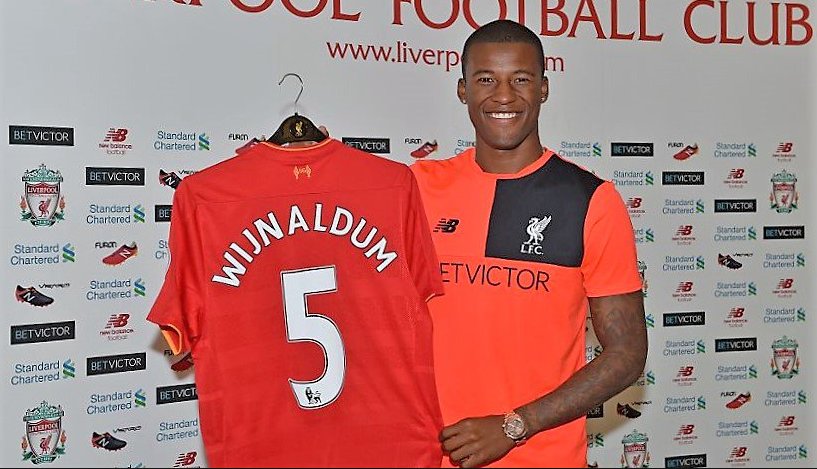 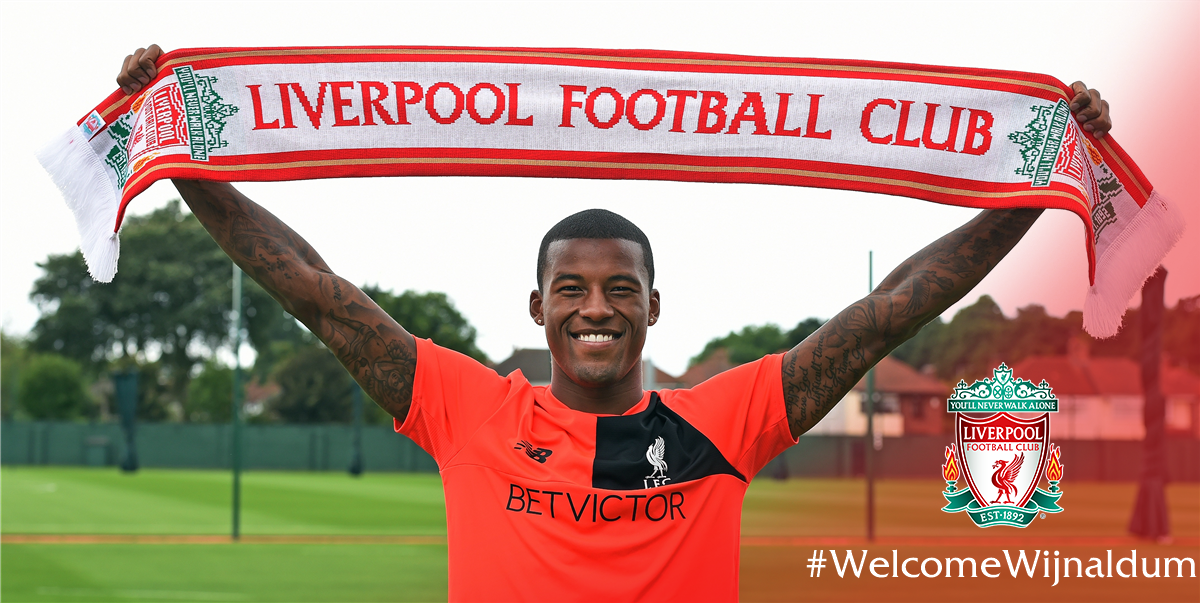 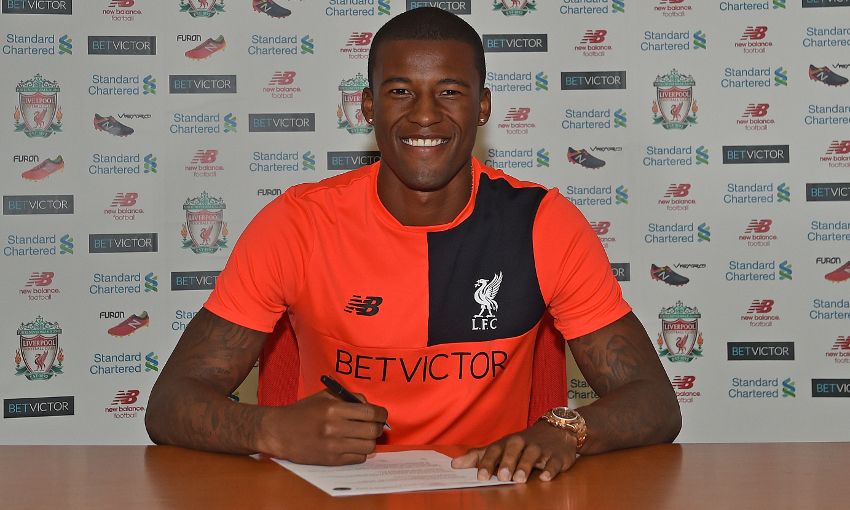