Latest transfer news: Liverpool have tabled an offer for a Brazilian striker while Manchester United face a fight to land an international defender.

The January transfer window is now closed but we can still look at deals that failed to get across the line and those being lined-up for the summer. Today, Liverpool are linked with a striker while Man Utd face a battle to sign a defender……..

Liverpool in for Rodrygo

First up and talkSPORT are carrying a report from Globo Esporte that claims Liverpool have tabled a formal offer to sign Santos striker Rodrygo.

The 17-year-old has emerged as one of Brazil’s hottest young talents and is set to be promoted to the Santos first team over the coming months having impressed in their youth ranks.

Rodrygo has been compared to Barcelona superstar Neymar and is expected to have a huge future ahead of him having already represented Brazil at youth level.

It seems his potential has caught the eye of Liverpool scouts as the report claims the Merseysiders have already submitted a formal offer to Santos for his signature this summer.

Liverpool have seen a once promising campaign derailed since the turn of the year and Jurgen Klopp is expected to be extremely active in the transfer market this summer with the Reds focus being on signing exciting young players they can develop.

Rodrygo would certainly fit the bill, however, talkSPORT suggests that Santos are determined to keep hold of the talented striker so we’ll have to wait and see whether Liverpool are able to lure him to Anfield over the coming months. 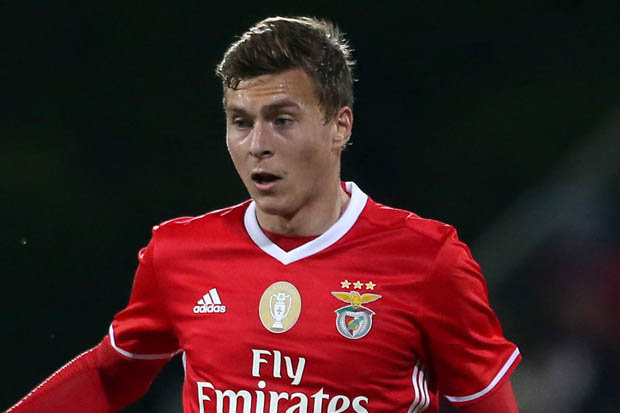 Next up and the Express are reporting that Manchester United now face a tough fight to land Benfica centre-back Victor Lindelof after a host of top clubs joined the race for his signature.

Lindelof has been strongly linked with a move to Old Trafford in recent months and was tipped to make the switch in January before Jose Mourinho postponed the deal due to the improved form of Phil Jones and Marcos Rojo.

The Express are now citing a report from O Jogo that claims United remain keen to sign the Swedish international and have secured first option to land him at the end of the season.

However, it looks like the Red Devils will now face stiff competition as the newspaper suggests that Manchester City, Real Madrid, PSG, Inter Milan and Roma are all keen to sign the defender this summer.

Obviously United have the financial muscle to compete with any club in the world but with so many top teams vying for his signature, Lindelof will have a tough decision to make over who to join.

Centre-back is an area Mourinho already has plenty of options in with Eric Bailly and Chris Smalling providing competition for Jones and Rojo so you’d expect one of those four to leave should United end up signing Lindelof.