One year on from Liverpool replacing Loris Karius with £66.8 million signing Alisson Becker from Roma, the club is in a crisis at the position.

One year on from Liverpool replacing the calamitous Loris Karius with £66.8 million signing Alisson Becker from Roma, the club is in a crisis at the position. Alisson is on holiday currently following his exploits at the Copa America where he helped Brazil win the trophy. Without their undisputed No. 1, the Reds are in dire need of a shot-stopper on their American tour. The Premier League season is less than a month away and fans can use a bonus code from Bethard to wager on the games when the action kicks off.

Backup goalkeeper Simon Mignolet returned from his holiday just hours before Liverpool’s preseason friendly against Tranmere Rovers. He was immediately inserted into the match and played once again versus Bradford City at the weekend.

Without Alisson and Mignolet as the only clear first-team goalkeeper available for preseason, manager Jurgen Klopp has had to get creative for the team’s tour of the States.

Liverpool will take veteran goalkeeper Andy Lonergan with them to the US for their tour. The 35-year-old Lonergan is a free agent and will only play in the US as an emergency backup. The Reds will not sign Lonergan to a contract, at least there are no plans currently, and he is only expected to appear in preseason matches if something happens to Mignolet.

Lonergan most recently played for Middlesbrough and Rochdale in 2018-19. The veteran goalkeeper is a journeyman who has played for 12 clubs including Leeds United, Wolverhampton Wanderers, and Fulham.

Why does Liverpool need Lonergan?

The Reds are not just missing Alisson due to his international duties. Liverpool has two young goalkeepers out with injuries while a third is not yet back following playing at the European Under-21 Championships. 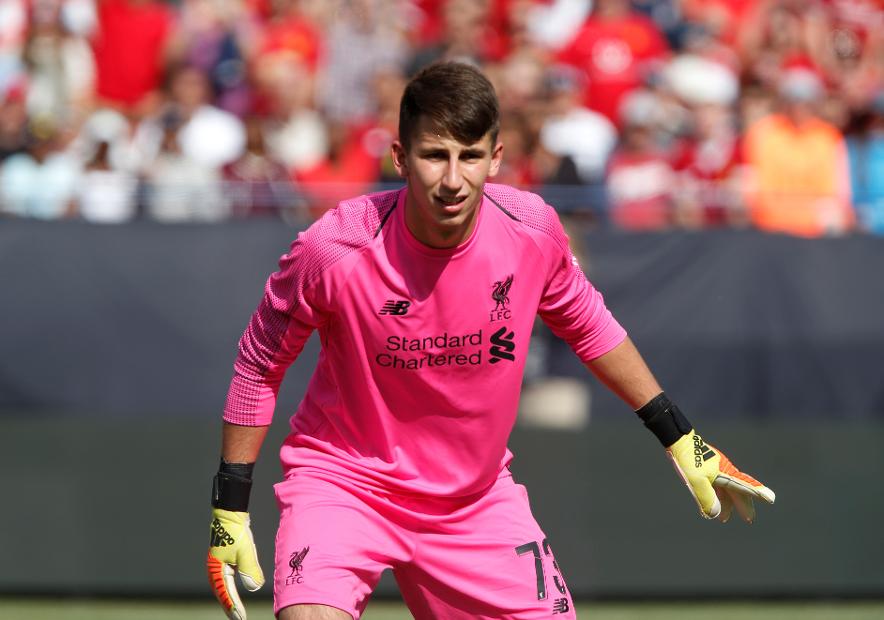 Caoimhin Kelleher is rehabilitating his wrist following surgery. Meanwhile, Vitezslav Jaros has a strained elbow ligament and Kamil Grabara is enjoying some time off before reporting to Melwood.

Grabara may not even spend the season with Liverpool as he is being linked with a loan to Huddersfield Town. The Terriers released goalkeeper Jonas Lossl at the end of last season. Lossl subsequently signed with Liverpool’s Merseyside rivals Everton.

Will Mignolet stay at Anfield?

Liverpool’s preseason goalkeeper crisis begs the question of whether Mignolet will seek a move away from Anfield? The Belgian joined Liverpool in 2013 but lost the starting position in 2017-18 to Karius. Alisson’s arrive last summer has kept Mignolet on the bench relegating him to just two appearances in all competitions last term.

It is reported that Klopp expects Mignolet to remain at Anfield. Mignolet has been praised for his incredible professionalism as Alisson’s backup. It is also something that was noted ahead of Liverpool’s 6-0 preseason win over Tranmere Rovers by the LFC TV commentary team.

Mignolet has attracted interest from other Premier League clubs, including Bournemouth, a team that has taken numerous Liverpool cast-offs in recent years. Despite interest from elsewhere, Mignolet will receive plenty of playing time on Liverpool’s tour of the United States.