We’re now at the business end of the summer transfer window and managers are working hard trying to strengthen their squads so we’ll bring you all the latest news and gossip from around the globe. Here, Liverpool are linked with Idrissa Doumbia… 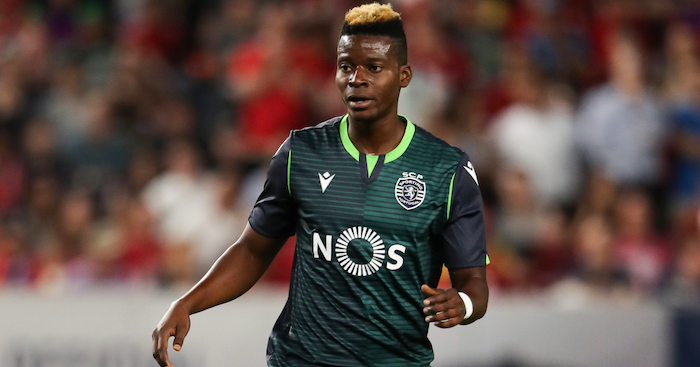 Jurgen Klopp has identified Idrissa Doumbia as a potential transfer target after the midfielder impressed during Sporting Lisbon’s pre-season friendly with Liverpool this week, according to Portuguese outlet Record.

Doumbia only joined Sporting from Russian outfit Akhmat Grozny in January but the 21-year-old is already making an impact having caught the eye with several mature performances in a defensive midfield role.

The U23 Ivory Coast international featured for Sporting during their pre-season friendly with Liverpool at the Yankee Stadium in New York on Wednesday night with Divock Origi and Georginio Wijnaldum getting on the score-sheet during the 2-2 draw.

Sporting attacker Bruno Fernandes – who’s been strongly linked with a move to the Premier League this summer – was also among the goal-scorers but it appears it was Doumbia who really caught Klopp’s eye.

Portuguese publication Record are reporting that Liverpool were left hugely impressed by the youngster and are now expected to keep a close eye on his development over the coming season.

The report says any move to sign the midfielder this summer is highly unlikely as Liverpool see Doumbia as a future transfer target so their scouts will monitor his progress in the Primeira Liga before deciding whether to formalise their interest.

Klopp has been extremely quiet in the market so far this summer with the Liverpool boss only wanting to make subtle changes to his squad after they won the Champions League last season and pushed Man City all the way in the league.

Liverpool have only snapped up Dutch youngster Sepp van den Berg from Zwolle so far this summer with Klopp suggesting there will be no major additions so it seems he’s more focussed on building for the future and Doumbia appears to be on his radar.