Liverpool have acted swiftly to replace Simon Mignolet after announcing the signing of Spanish goalkeeper Adrian on a free transfer this afternoon.

We’re now at the business end of the summer transfer window and managers are working hard trying to strengthen their squads so we’ll bring you all the latest news and gossip from around the world. Here, Liverpool have signed Adrian… 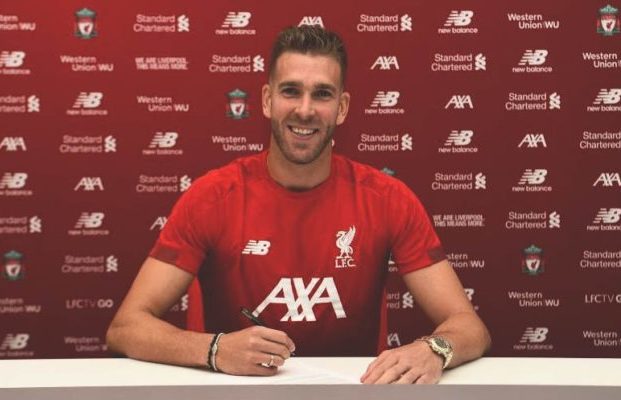 Liverpool have acted swiftly to replace Simon Mignolet after announcing the signing of Spanish goalkeeper Adrian on a free transfer this afternoon.

Mignolet has completed his move to Club Brugge for around £6m after travelling to Belgium to undergo his medical immediately after being an unused substitute during Liverpool’s Community Shield clash with Manchester City on Sunday.

The 31-year-old was keen to leave Anfield in search of regular first team football after losing his place to Alisson Becker and his move to Brugge left Jurgen Klopp with a void needing to be filled in the goalkeeping department.

The Reds boss has wasted no time to bring in Mignolet’s replacement as news broke on Monday morning claiming that Liverpool were finalising a deal to sign Adrian on a free transfer.

Those formalities have now been concluded as it’s been confirmed on Liverpoolfc.com that Adrian has joined Liverpool on an initial two year deal with an option to extend by a further year.

After wrapping-up his move, the 32-year-old stopper expressed his delight at joining such a ‘great club’ and set his sights on pushing Alisson for the No.1 shirt at Anfield.

“I’m feeling really happy; really happy to be here and to work in this great club and start doing my stuff on the pitch as soon as possible,”

“I’m very ambitious, I come here to try to win everything, to try to push Ali from the first minute and to make us better.

“I’m looking forward to playing my first game at Anfield and to win as many games as we can.”

Adrian was a free agent after leaving West Ham when his contract expired following six years in the capital and he chose not to extend his stay at the London Stadium after losing his place to Lukasz Fabianski.

The Spaniard made 150 appearances for the Hammers since joining the club from Real Betis in 2013 so he knows English football well and I think he’s an excellent piece of business for Liverpool as he’ll be a solid back-up for Alisson.

Adrian becomes Liverpool’s third signing of the summer window following the arrivals of highly-rated youngsters Sepp van den Berg and Harvey Elliott but Klopp could yet dip into the market for another signing before the window closes on Thursday evening. 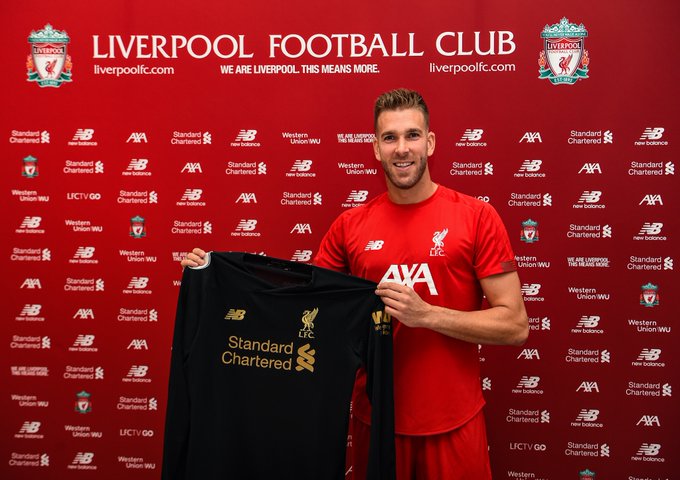