Opinions are fickle in football and perceptions shift quickly. Now it’s up to Arsenal flop Nicolas Pepe to change his, and fast.

The tweet below from David Ornstein sent the Arsenal twittersphere into pandemonium. The club were desperate for a pacey winger and as the deal for Wilfred Zaha slowly failed to materialise, it appeared Arsenal were going to waste another transfer window. Then out of nowhere Raul Sanllehi and his team secured the juggernaut.

Arsenal have reached an agreement with Lille to sign Ivory Coast winger Nicolas Pepe for ~€80m, paid by instalments to fit #AFC budget. 5yr deal, agent agreement still needed but set to be closed in next 24/48hrs. Napoli also have agreement with #LOSC but agent rejected proposal

Transfers move quickly in football, and five days after this tweet, Nicolas Pepe was an Arsenal player. 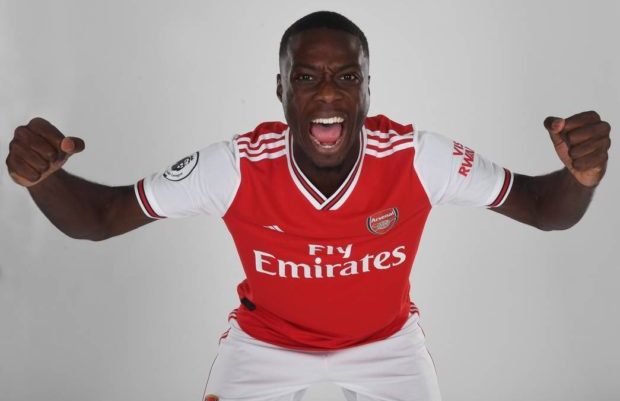 A return of 22 goals in 38 matches for Lille last season saw Pepe labelled as one of the hottest prospects in Europe. Subsequently, his £72m arrival was a statement of intent by the Arsenal board; proof that Arsenal were moving forward and with Pepe, Lacazette and Aubameyang it seemed Arsenal had secured more firepower than the cannon embroidered on the shirt.

However, eight games into the Premier League season and the hype that quickly built up around the new signing has just as rapidly slumped down with fans and pundits questioning Pepe’s qualities.

In such exaggerated times it’s worth remembering the starts of other Arsenal greats. Club legend Dennis Bergkamp joined Arsenal in 1996 with a hefty £7.5m transfer tag and after seven games with no goals, similar doubts were cast upon the Dutchmen. Thierry Henry’s start followed a similar pattern. Eight games and no goals saw Henry quickly labelled a flop before he set the world alight. Both players now have statues outside the Emirates and Pepe will be hoping he’ll follow in the same footsteps.

In a recent interview with Ian Wright, Bergkamp spoke about this period and admitted his naivety towards his new country meant he didn’t follow the newspapers and was unaware of what was being said. Pepe is not so fortunate. Even if he ignored all the printed tabloids in the world, social media would still inform him of his diminishing reputation.

However, Pepe does not seem too concerned with his lack of goals. Speaking of his slow start, the Ivory Coast international told RMC recently:

“I’m not good enough in my stats or my usual form, it’s not the same as in Lille or during the Liverpool match early in the season. The confidence must come back. I am not very worried. People may be worried about statistics, but I’m not.”

While quotes like these may help to ease Arsenal fans concerns, Pepe will need to start delivering or risk losing his place in the starting eleven. Since breaking into the team against Liverpool, Pepe has started every game on his favoured right wing. And it was presumed he would occupy this spot as he grew accustomed to the Premier League.

Yet, an injury to Lacazette has meant more responsibility has been placed on Pepe’s shoulders. This season Aubameyang has carried Arsenal’s burden of scoring goals, and without Lacazette there to help ,the pressure is building on the £72m man to change games and increase his contribution. Lacazette’s injury has also led to academy player Bukayo Saka’s emergence. Saka’s performances have outshone Pepe’s with Unai Emery choosing to replace Pepe against Bournemouth over 18-year-old Saka. 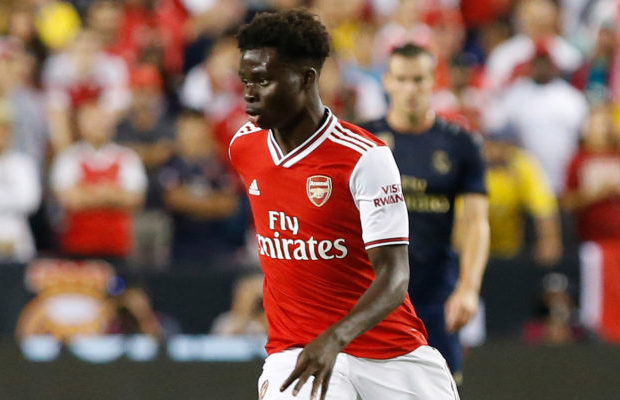 All of these issues will be impacting Pepe’s confidence, and it is a difficult situation for Unai Emery to manage. Many felt it would have been best to leave Pepe on against Bournemouth, but Emery has shown that age and clout aren’t worth much if you’re not performing.

Then again, what if it’s Arsenal’s system that is not allowing the winger to perform?

At Lille, Pepe was in a team that sat back and exploded on the counter which ensured Pepe had acres of space to attack and exploit. While Emery at times has deployed his team in similar fashion, in the long run, an Arsenal team will be expected to control possession and break down defences with intricate movement and moments of magic.

Some may argue Arsenal should change for Pepe, but it is Pepe who is taking the step up and at 24 he should be looking to improve. Arsenal cannot be expected to change their style of play for one player.

Despite his stuttering start, it is early days for Pepe and the season is a long one. Just as quickly as people write Pepe off, if he scores a hat-trick, they’ll sing his praise. All it takes is one stellar performance and suddenly his £72m price tag will seem a bargain. Opinions are fickle in football and perceptions shift quickly. Now it’s up to Pepe to change his, and fast.