This is our match preview ahead of Arsenal’s Premier League clash with Man City at the Emirates including team news, line-ups and prediction

Both sides are desperate for points as Arsenal take on Manchester City at the Emirates on Sunday afternoon.

The Gunners are yet to announce Unai Emery’s permanent replacement so Freddie Ljungberg will take charge of his fourth game as interim manager and he’s under pressure to get the north Londoners back challenging for the top four.

Arsenal currently sit 9th in the Premier League table but fourth-placed Chelsea lost 1-0 at home to Bournemouth this afternoon so they can close the gap to just four points with a win over Manchester City.

Ljungberg’s Arsenal ended their nine-game winless run with a 3-1 comeback victory at West Ham before progressing as group winners in the Europa League following a 2-2 draw with Standard Liege on Thursday so the Swedish coach will be hoping to build some momentum tomorrow.

However, Arsenal will be up against a Man City side who simply have to win if they are to retain any hopes of defending their title as Liverpool moved 17 points clear with a 2-0 win over Watford on Saturday afternoon.

Arsenal have been dealt a major blow as Hector Bellerin has been ruled out with a hamstring injury while Kieran Tierney is facing up to three months on the sidelines with a dislocated shoulder so they’ll be without their first choice full-backs tomorrow.

Granit Xhaka misses out again due to concussion while Dani Ceballos is still working his way back from a hamstring injury that’s hampered him in recent weeks so Arsenal have limited options in midfield.

Rob Holding is also out with a knee injury but there is some positive news for Ljungberg as Nicolas Pepe has been passed fit after recovering from a minor knee problem.

The likes of Pierre-Emerick Aubameyang, Lucas Torreira, Gabriel Martinelli, Mesut Ozil, Bernd Leno and Calum Chambers are expected to be recalled after being rested against Liege.

Man City will be without Sergio Aguero as he’s still nursing a thigh injury while John Stones has been ruled out with a hamstring injury so they are on the sidelines along with long-term absentees Aymeric Laporte and Leroy Sane.

David Silva is also a doubt after missing the win over Dinamo Zagreb in midweek with a leg issue but Ederson is available following illness. 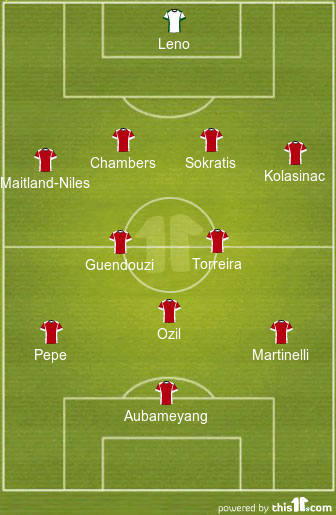 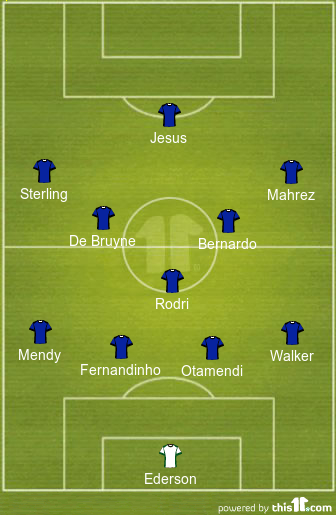 Arsenal 2-3 Man City: Arsenal have lost their last four league meetings with Man City and have played poorly for much of the season so this is going to be an extremely tough task – especially considering the injury problems Ljungberg is dealing with. There were positive signs in the second half against West Ham but Arsenal will have to play a lot better over the ninety minutes if they want to get a result against City.

Pep Guardiola’s men can’t afford any more slip-ups – although realistically they’ll know the title is almost certainly gone – so their focus will probably be on the Champions League. Neither defence has been impressive this season so I expect goals but I think City will be too strong in the end.