The January transfer window is in full swing so we’ll bring you all the latest news and gossip from around the globe. Today, Man Utd are linked with Matias Vecino plus the latest on their pursuit of Bruno Fernandes… 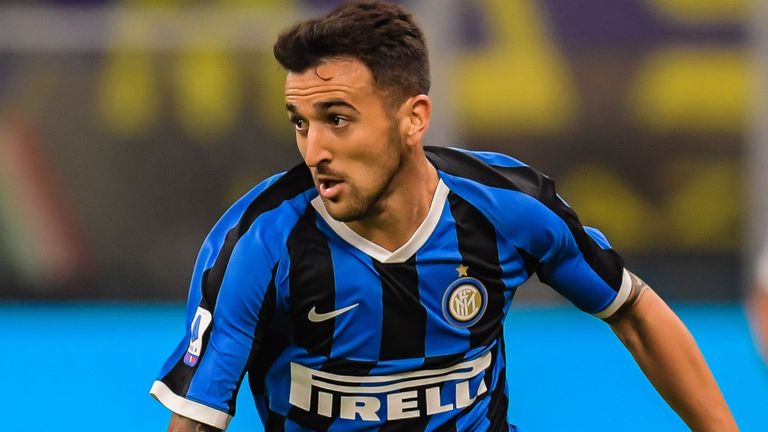 First up and according to Sky Italia via Sky Sports News, Manchester United have submitted an offer to take Matias Vecino on loan for the rest of the season but it’s been knocked back by Inter Milan.

Ole Gunnar Solskjaer is in desperate need of midfield reinforcements as Paul Pogba is still recovering from ankle surgery while Scott McTominay is also on the sidelines with a knee ligament injury.

Wednesday night’s 2-0 defeat at home to Burnley has increased pressure on the Man Utd board to bring in fresh faces this month to help the club in their pursuit of finishing in the top four.

It looks like United have now made their move in the market as Sky Sports News are citing a report from their colleagues at Sky Italia that claims the Red Devils have tabled an offer to sign Vecino on loan for the rest of the season.

The 28-year-old has been in and out the Inter team this season but has been capped 41 times by Uruguay at international level and he’d be a solid replacement in the middle of the park while Pogba and McTominay are out.

However, the report says Man Utd have so far failed to agree terms with Inter over the loan deal and the Italians are now in talks with Napoli over a potential swap deal involving Vecino and Allan.

We’ll have to wait and see whether United go back in with improved terms for Vecino but it seems their move to sign Bruno Fernandes is also in serious jeopardy, if latest reports are to be believed.

Fernandes has been strongly linked with a move to Old Trafford this month and at one stage it looked as though a deal was nothing more than a formality with reports last week even suggesting the attacker could be in the stands for United’s game at Liverpool.

However, things have gone relatively quiet over the past couple of days and the 24-year-old’s agent Jorge Mendes admitted earlier this week that he was unsure whether Fernandes would leave Sporting Lisbon this month or wait until the summer.

The Sun are now reporting that talks between the two clubs have collapsed after Manchester United refused to meet Sporting’s £68m asking price having seen their bid of £42.5m up front plus £8.5m in add ons rejected.

The newspaper says United co-chairman Joel Glazer doesn’t feel the structure of the proposed deal is right as he believes Fernandes isn’t worth what Sporting are demanding, so the deal is off as it stands.

However, the one piece of good news for United is that Sporting are desperate for funds to help ease their financial problems so Man Utd could be playing hardball to try and drive the price down.

I’m sure there will be plenty of twists left in this transfer saga so we’ll keep an eye out for more developments during the closing week of the window.