This is our match preview ahead of Man Utd’s Premier League clash with Everton at Goodison Park including team news, line-ups and prediction

Manchester United will look to close-in on the top four when they take on Everton at Goodison Park on Sunday afternoon.

United saw their hopes of catching Chelsea and snatching an all-important Champions League qualification place handed a major boost after the West Londoners were held to a 2-2 draw by Bournemouth at the Vitality Stadium on Saturday afternoon.

That result has left Manchester United sitting just four points adrift in fifth position in the Premier League table so Ole Gunnar Solskjaer’s men can move to within just one point of Chelsea with victory over Everton tomorrow.

United head to Merseyside in great form after beating both Watford and Club Brugge over the past week with an aggregate score of 8-0 so they should be quietly confident of coming away with a positive result.

However, Everton won’t make life easy for the Red Devils as they’ll be desperate to get back on track after losing 3-2 to Arsenal last Sunday and Carlo Ancelotti will want to close the gap on the likes of Tottenham and Wolves.

Manchester United attacker Anthony Martial is a major doubt after missing the win over Brugge in midweek due to a muscle injury that he picked up in training on Wednesday afternoon. Odion Ighalo – who scored his first United goal against Brugge – is on stand-by to continue up front if Martial is ruled out.

Marcus Rashford remains on the sidelines with a back injury while Paul Pogba is also still working his way back to full fitness from a niggling ankle injury that’s hampered him for the majority of the season.

Solskjaer is expected to freshen things up with the likes of David De Gea, Victor Lindelof, Nemanja Matic and Mason Greenwood all pushing for recalls after being named on the bench in midweek.

Everton winger Theo Walcott is back in contention after recovering from a knee injury but left-back Lucas Digne remains a doubt with a calf injury that kept him out of the Arsenal game last weekend. 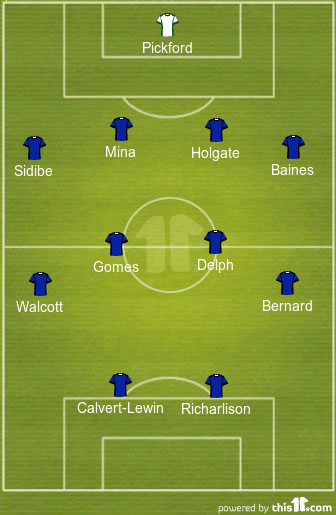 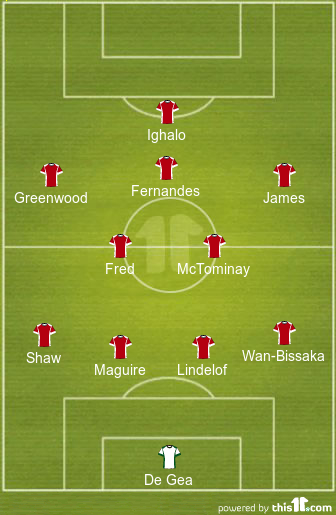 Everton 2-2 Man Utd: United come into the game in good form having easily won their last two matches so they should be in confident mood. Solskjaer will also not want to pass up this opportunity to get them right on the coat-tails of Chelsea.

However, Everton have won four of their last seven home league games against Man Utd [W4 D1 L2] and they have certainly improved since the arrival of Ancelotti so I think this will be a tough game for the visitors. Goodison can be a difficult ground to go to when the crowd is behind the team and I have a feeling Everton will get something out of this game. I’m going for an entertaining 2-2 draw.