Premier League football returns as Arsenal take on Manchester City at the Etihad on Wednesday night. Here is the team we expect Mikel Arteta to select… 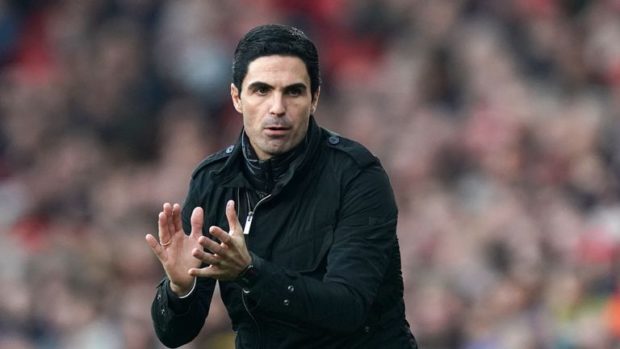 Goalkeeper: Bernd Leno has been one of Arsenal’s best performers this season so there is no reason to change things in goal. The German should start with Emi Martinez on the bench tomorrow night.

Defence: The enforced break has allowed Hector Bellerin to fully recover from a groin problem that was niggling him back in March. Cedric Soares is pushing to make his debut after recovering from a facial injury but Bellerin is expected to start at right-back.

The three-month hiatus has also given Kieran Tierney time to work on his fitness following an injury-plagued campaign. Bukayo Saka has impressed at left-back this year but I think we’ll see Tierney given the chance to make the left-back shirt his own. Sead Kolasinac is likely to be available after overcoming a knock but he’ll have to settle for a place among the substitutes.

Arsenal have Shkodran Mustafi available again. The German centre-back was set to miss the original fixture in March with a muscle issue but he’s fully fit heading into tomorrow night’s match. However, I think we could see Pablo Mari keeping his place as he put-in some encouraging displays before the break.

Sokratis is another option for Arteta as is Rob Holding but I think David Luiz is the man most likely to start alongside Mari in the middle of Arsenal’s back four.

Midfield: Lucas Torreira was all-set to miss the rest of the season with a fractured ankle but the break has given him time to recover and he’s been in training the past few weeks. However, the South American may have to settle for a place among the subs against Man City.

Granit Xhaka is expected to keep his place and I wouldn’t be surprised if Arteta went with three in midfield to combat the dangerous City side. That could see Matteo Guendouzi given the nod as we could do with his battling qualities.

Dani Ceballos could keep his place and offer Arsenal another man in the middle of the park. The switch in formation is likely to see Mesut Ozil miss out as the German has often been axed for the tough away games.

Attack: Alexandre Lacazette scored the winner off the bench against West Ham the last time Arsenal played but I think he’ll find himself among the subs again tomorrow with Pierre-Emerick Aubameyang leading the line up front.

It’s difficult to see Arteta leaving Saka out as he’s been a revelation this season so the youngster could be deployed further forward on the left wing if Tierney starts at left-back against City.

Gabriel Martinelli, Reiss Nelson and Eddie Nketiah are all pushing for starts in attack but I think Nicolas Pepe could be given the nod on the right wing at the Etihad. 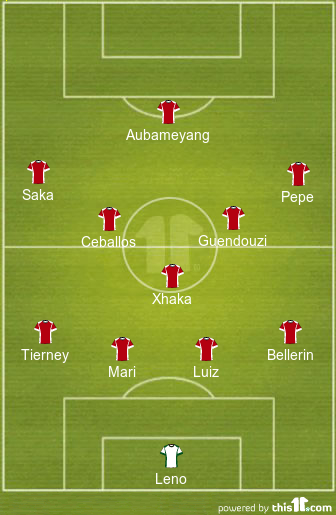