Liverpool return to Premier League action when they take on Everton at Goodison Park this evening.

The Reds were storming their way to the title before football was suspended back in March and at one stage Jurgen Klopp feared the season may be cut short – potentially denying Liverpool their first title in 30 years.

However, Premier League football has returned after the three-month hiatus and Liverpool can put one hand on the title with victory over Everton at Goodison in the Merseyside derby this evening.

Klopp’s men sit 22 points clear of Manchester City at the top of the table with nine games remaining so a win tonight would leave them needing just one more victory to guarantee the title.

Everton on the other hand are looking for a positive result as they look to make a late charge for a European qualification place. The Toffees are 12th in the table but can move to within four points of seventh with a win tonight.

Everton have plenty of injury concerns to deal with heading into the game as Carlo Ancelotti will be without a number of first team squad players this evening.

Theo Walcott remains on the sidelines with an abdominal injury that required surgery while Yerry Mina is ruled out with a thigh problem that he picked up in training.

Fabian Delph is another absentee due to a muscle injury and Jean-Philippe Gbamin has been ruled out for up to five months with a serious Achilles problem. Cenk Tosun will miss the game with a knee issue but Andre Gomes is expected to recover from a knock.

Liverpool will hand a late fitness test to Mohamed Salah after he missed training last week with an unspecified knock but the Egyptian international is being tipped to feature this evening.

Andrew Robertson is also a slight doubt for Liverpool but the full-back was pictured in training on Friday so should be available for selection which will be a big boost to Klopp.

Alisson Becker is set to return in goal having recovered from a hip injury that troubled him before football was suspended in March but Xherdan Shaqiri is ruled out with a calf injury. 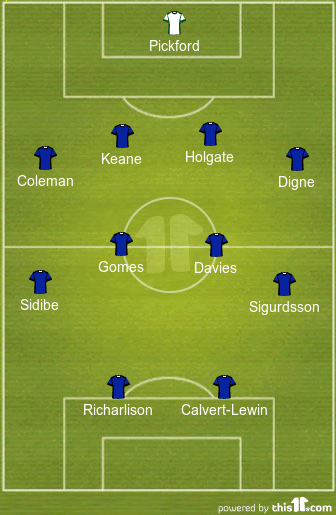 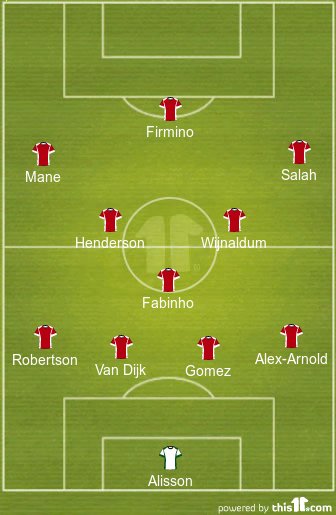 Everton 1-2 Liverpool: The Reds are unbeaten in the last 18 league meetings with Everton, winning 10 and drawing 8, and six of the last seven games at Goodison Park have ended in draws so a home win appears unlikely this evening.

Liverpool have been formidable all season and they should be desperate to wrap-up the title as quickly as possible given the uncertainty over the last few months. Everton will want to delay their rivals coronation for as long as possible but I think Liverpool will edge it tonight. I’m backing the Reds to win 2-1 to put them within touching distance of the title.