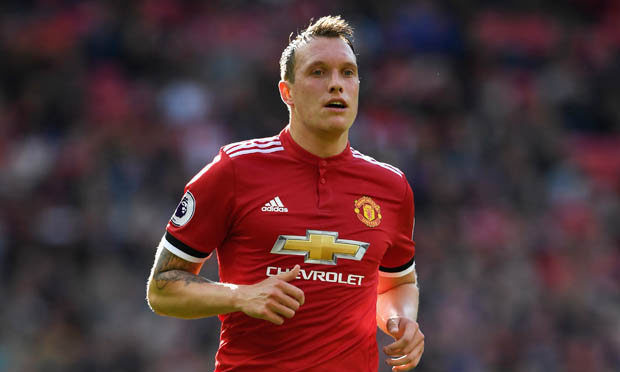 Manchester United will be looking to close-in on the top four with a win when they take on Bournemouth at Old Trafford on Saturday afternoon.

Ahead of the game, boss Ole Gunnar Solskjaer has been speaking to the media at his pre-match conference call today and he’s provided the latest team news and injury updates including the latest on Phil Jones and Axel Tuanzebe.

Jones hasn’t featured for the Man Utd first team since way back in January and Solskjaer has said the centre-back has been nursing an unspecified knock since football returned last month.

The United boss provided another update today and revealed that Jones is still ‘a few weeks’ away from being able to resume training again. With the Premier League campaign due to finish in just over three weeks time, it appears highly unlikely Jones will play again this season.

Tuanzebe has also been on the sidelines in recent weeks with a muscle issue and Solskjaer has confirmed a double blow with the news that the defender has been ruled out until September meaning he won’t play again this season either.

With both Jones and Tuanzebe ruled out for the foreseeable future, Manchester United have called-up highly-rated defender Ethan Laird to train with the first team squad during the closing stages of the campaign.

Solskjaer also hinted at rotation against Bournemouth this weekend as some players are carrying minor knocks following the 3-0 win over Brighton – which was United’s fourth game in just 12 days.

“Of course there are a couple of knocks. You do start feeling things now after a little bit, so there might be a couple of changes but let’s see today. The boys who didn’t play on Tuesday want to play and are ready to step in if they have to.

“Phil and Axel will still be out for a little while. It’ll be a few weeks before Phil can start training and Axel, we won’t probably see until September. Ethan is going to join the training group now.”

So Solskjaer will have a very healthy squad to choose from when Man Utd welcome Bournemouth to Old Trafford on Saturday afternoon looking to make it four wins in a row in all competitions.

Victory over Brighton in midweek has left United sitting just two points off fourth-placed Chelsea so they could climb into the top four with a win tomorrow ahead of Chelsea’s clash with Watford later on Saturday night.