[Teams] Bournemouth vs Tottenham: Confirmed line-ups from the Vitality Stadium

– Jan Vertonghen start in defence for Tottenham against Bournemouth this evening 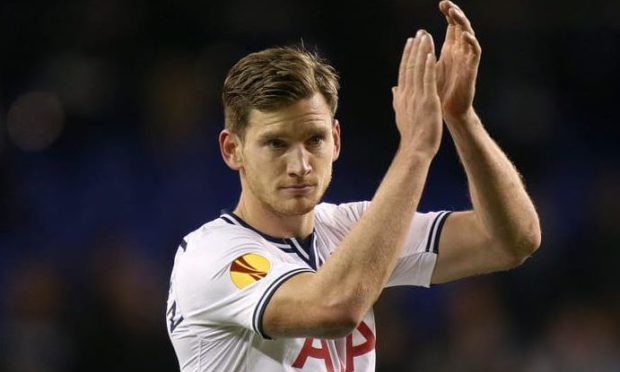 Tottenham are on the south coast to take on Bournemouth at the Vitality Stadium this evening [6pm kick-off].

Spurs boss Jose Mourinho is without Eric Dier as he’ll start his four-match suspension after being sanctioned by the FA following a clash with a supporter in the stands earlier this year. Jan Vertonghen comes in alongside Toby Alderweireld in the middle of the Tottenham defence so Davinson Sanchez has to settle for a place on the bench.

Serge Aurier and Ben Davies continue in the full-back positions while Harry Winks and Moussa Sissoko start in midfield along with Giovanni Lo Celso so Tanguy Ndombele, Oliver Skipp and Gedson Fernandes are named among the substitutes this evening.

Harry Kane once again leads the line up front and he’ll be looking to get himself back among the goals. Hueng-min Son drops to the bench along with Lucas Moura as Erik Lamela is recalled alongside Steven Bergwijn in attack but Dele Alli misses out with a thigh injury.

As for Bournemouth, Callum Wilson starts up front with Josh King while Junior Stanislas also provides support in attack so Dominic Solanke starts from the bench as does Harry Wilson. Nathan Ake will marshal the back-line once again.

Here are the confirmed line-ups for the game: