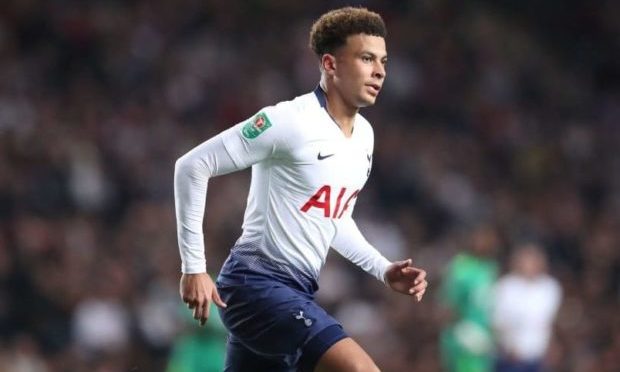 Tottenham will be desperate to take away all three points when they take on Crystal Palace at Selhurst Park on the final day of the season.

Ahead of the match, Jose Mourinho has been speaking to the media at his pre-match conference call via video link today and the Tottenham boss has provided a team news and injury update including the latest on the fitness of Dele Alli and Tanguy Ndombele.

Alli has been forced to miss Tottenham’s last five Premier League games since suffering a hamstring injury during their defeat to Sheffield United at Bramall Lane three weeks ago.

However, the attacking midfielder returned to full training with the rest of the Spurs squad earlier this week and Mourinho says Alli is now ready to feature against Crystal Palace this weekend, which will be a big boost to the North Londoners.

Ndombele has also missed Tottenham’s last two games against Newcastle and Leicester after picking up a knee injury in training last week and Mourinho says the 23-year-old won’t be available for the trip to Palace on Sunday.

Mourinho is quoted by football.london as saying today:

“All good, apart from Ndombele, everybody ready, including Dele Alli. Yes [Alli’s ready], working with the team all week. He’s ready.”

So it’s mixed news on the injury front for Tottenham but the Lillywhites will be able to welcome Eric Dier back into the squad this weekend after he completed his four-match suspension.

Spurs head into the final game of the campaign at Palace needing to better Wolves’ result away to Chelsea to snatch sixth place and guarantee a place in the Europa League next season.

Tottenham currently sit seventh – four points clear of sixth and one point behind Wolves – so they need a result against Crystal Palace and for Chelsea to do them a favour at Stamford Bridge.

If Wolves win in West London, Tottenham will then need to rely on Chelsea beating Arsenal in the FA Cup final to hold-on to a Europa League qualification spot, so it’s still all to play for.