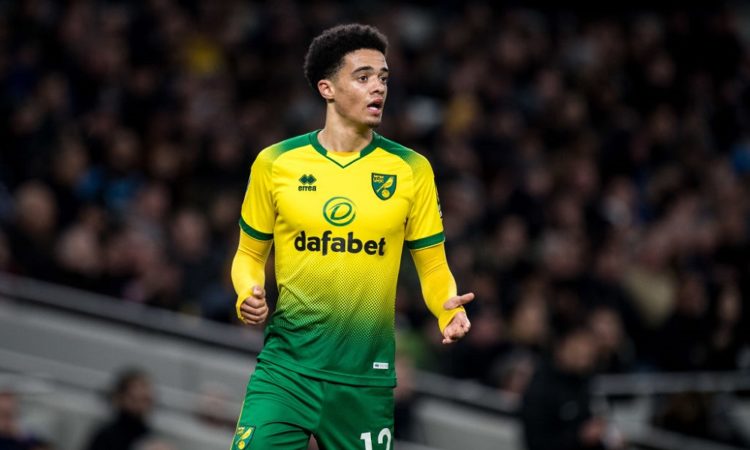 Liverpool are ready to table an opening offer for Jamal Lewis but Norwich City will demand around £20m for the 22-year-old full-back this summer, according to reports today.

Jurgen Klopp isn’t expected to make too many significant signings in the transfer market this summer after Liverpool stormed their way to the Premier League title just 12 months after lifting the Champions League.

Having finished 18-points clear of second-placed Manchester City this season, understandably, Klopp is relatively happy with his squad but the German coach is looking to make a few minor additions to further strengthen his options.

A new left-back to support Andrew Robertson is reportedly on the agenda as James Milner is coming towards the end of his career and the Mirror claims Liverpool are ready to launch an opening £10m bid for Jamal Lewis.

The Reds are seemingly hoping to take advantage of Norwich City’s relegation from the top flight by snapping-up one of their most promising players, however, the Canaries aren’t going to let Lewis go without a fight.

The Telegraph claims Norwich have slapped a £20m asking price on the 22-year-old’s head so it looks like Liverpool will have to double their proposed opening offer if they want to get a deal agreed.

Lewis joined the Norwich youth system from Luton in 2014 and broke into the first team set-up two years later. The left-back has gone on to make 100 appearances and was a regular in the Premier League this season.

The Northern Ireland international impressed with his attacking qualities down the left flank during his 33 appearances this campaign and would be an excellent back-up for Robertson if Klopp could get a deal agreed for his signature.

According to the Mirror, Norwich are interested in Liverpool left-back Yasser Larouci so that could help smooth negotiations if the Merseysiders can provide a ready-made replacement for Lewis.

However, as well as agreeing a deal with Norwich, Liverpool would also have to persuade Lewis to go to Anfield knowing that regular first team football would be hard to come by as Robertson has cemented his place at left-back.

If Liverpool fail to sign Lewis, the Mirror says Klopp has lined-up Bournemouth’s Lloyd Kelly and Brighton’s Ben White as alternative options but the Reds will do all they can to land the Norwich star before moving on to other targets.