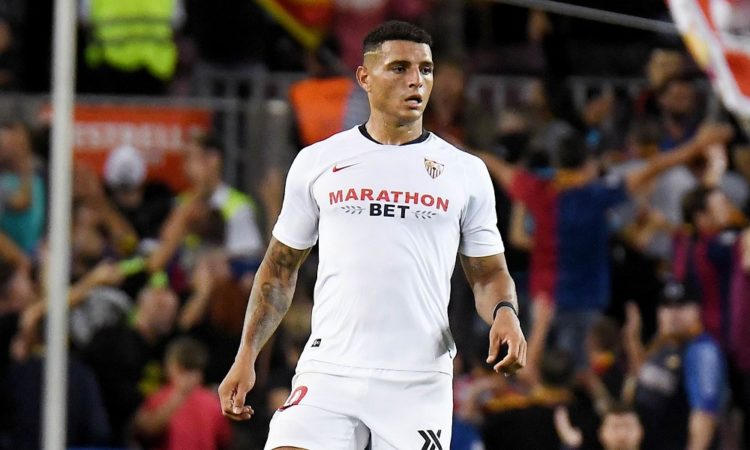 Liverpool and Manchester United are ready to battle it out over the signing of Sevilla centre-back Diego Carlos this summer, according to Marca via the Daily Star.

Carlos has developed into one of the best central defenders in Spanish football after enjoying a superb debut season at the Ramon Sanchez-Pizjuan Stadium following his transfer from Nantes last summer.

The 27-year-old put-in a string of impressive performances at the heart of the Sevilla defence to help the club finish fourth in La Liga and win the Europa League with victory over Inter Milan in the final last month.

The Brazilian defender has caught the attention of several top European clubs and the Daily Star are citing a report that originates from the paper version of Marca that claims Liverpool and Manchester United are among those chasing the centre-back.

The Spanish newspaper [you can see a screenshot of the Marca article here] suggests the Premier League heavyweights are in the battle to sign Carlos this summer while Manchester City are also named as potential suitors.

The Daily Star says Carlos has a release clause set at £67m [€75m] but the likes of Liverpool and Man Utd will hope to negotiate a lower fee as Sevilla need to raise money to help fund new signings this summer.

Jurgen Klopp is reportedly in the market for a new centre-back to replace Dejan Lovren following his move to Zenit St Petersburg and Liverpool could be eyeing Carlos as the man to form a rock solid partnership alongside Virgil van Dijk.

However, Ole Gunnar Solskjaer is also seemingly on the look-out for a new central defender as doubts continue over Victor Lindelof’s consistency while Eric Bailly has struggled to rediscover his best form since recovering from a serious knee injury.

Carlos is reportedly on United’s radar and the South American could be the ideal long-term partner for Harry Maguire in the middle of defence if the Manchester giants were able to win the race for his signature.

Man City have already signed Nathan Ake from Bournemouth and are being strongly linked with Napoli’s Kalidou Koulibaly so it doesn’t appear that Carlos is a priority for Pep Guardiola at this time.

That could all change if City fail to land Koulibaly so Liverpool and Manchester United may want to act fast if they want to sign Carlos and I think he’d be a superb addition for either club.