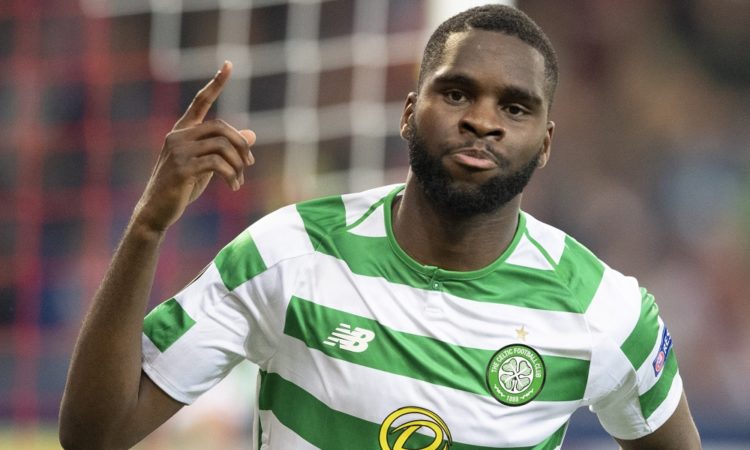 Arsenal have submitted an improved £22.5m offer to sign Celtic striker Odsonne Edouard as Alexandre Lacazette holds talks over a move away from the Emirates, according to the The Transfer Window podcast.

Lacazette’s future has been called into question this summer and it appears Mikel Arteta is prepared to cash-in on the Frenchman in order to raise money to help strengthen other areas of the squad.

Journalists Duncan Castles and Ian McGarry claim on The Transfer Window podcast that Lacazette is in talks with Juventus and Atletico Madrid discussing a potential move this summer and Arsenal have set an asking price of £37m [€40m].

It looks like Arteta is already planning for life without Lacazette as he’s identified Edouard has his replacement with Castles claiming Arsenal have tabled an improved offer worth £22.5m having seen an opening £15m rejected by Celtic.

The Sunday Times journalist says Arsenal’s verbal offer is £20m guaranteed and a further £2.5m in add-ons with the money paid in instalments over 4 years – which is a similar structure to the deal they agreed with Celtic for Kieran Tierney.

Understandably, Celtic are keen to have a larger upfront payment so it remains to be seen whether the Scottish champions will accept Arsenal’s latest proposal but talks are progressing over a deal that would see Edouard heading to the Emirates.

The 22-year-old has been a huge hit since joining Celtic from Paris Saint-Germain in 2018 as he provided an impressive 27 goals and a further 19 assists in all competitions last season to help Neil Lennon’s side win the SPL.

Edouard also has an excellent record for his country as he’s scored 13 times in just 8 caps for the French Under-21’s so he certainly knows where the goal is and has the potential to be a terrific striker for Arsenal.

The 6ft 2in hitman is younger than Lacazette, would be on far less wages and if Arsenal could sign Edouard for around £22.5m and sell Lacazette for £37m then Arteta would have money left over to put towards signing a midfielder.

The Spanish boss is desperate to strengthen his options in the middle of the park but money is tight at Arsenal so cashing-in on Lacazette would make sense if it means Arteta can finally land the likes of Thomas Partey or Houssem Aouar.