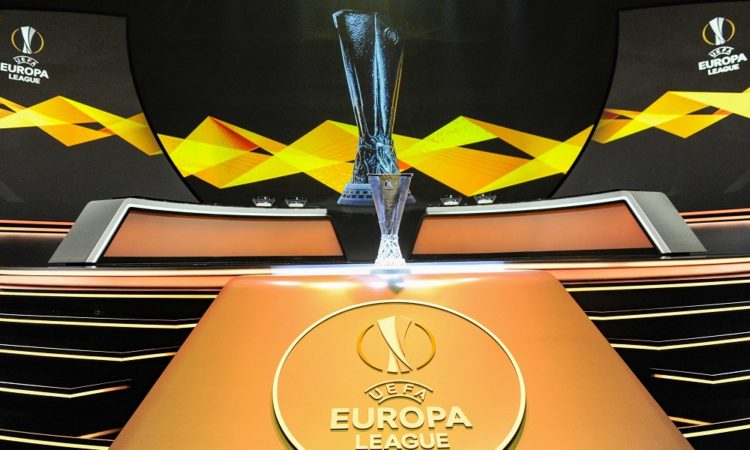 The draw for the group stages of the Europa League was conducted this afternoon and Arsenal, Tottenham and Leicester have learned their fate.

Despite finishing eighth in the Premier League, Arsenal booked their place in the group stages of the Europa League after winning the FA Cup with victory over Chelsea last season.

The Gunners were seeded in Pot 1 for today’s draw and have been pitted against Austrian outfit Rapid Vienna, Molde of Norway and Irish side Dundalk in Group B.

Tottenham were the big losers of Arsenal winning the FA Cup as their rivals snatched their automatic qualification place. Spurs have had to see-off Lokomotiv Plovdiv, Shkendija and Maccabi Haifa to secure their place in today’s group stage draw.

Jose Mourinho’s men are in Group J along with Ludogorets of Bulgaria, Austrian outfit LASK and Royal Antwerp of Belgium.

Leicester were disappointed to end up in the Europa League having been in the top four for most of last season. Brendan Rodgers will now pit his wits against Portuguese side Braga, AEK Athens and Zorya Luhansk of Ukraine in Group G

Arsenal, Tottenham and Leicester should all be delighted with their groups and should all be confident of progressing to the knockout stages without much fuss.

Elsewhere, Scottish champions Celtic weren’t so fortunate as they’ve been drawn to face AC Milan, Lille and Sparta Prague. Rangers will be relatively happy after being pitted against Benfica, Standard Liege and Lech Poznan. 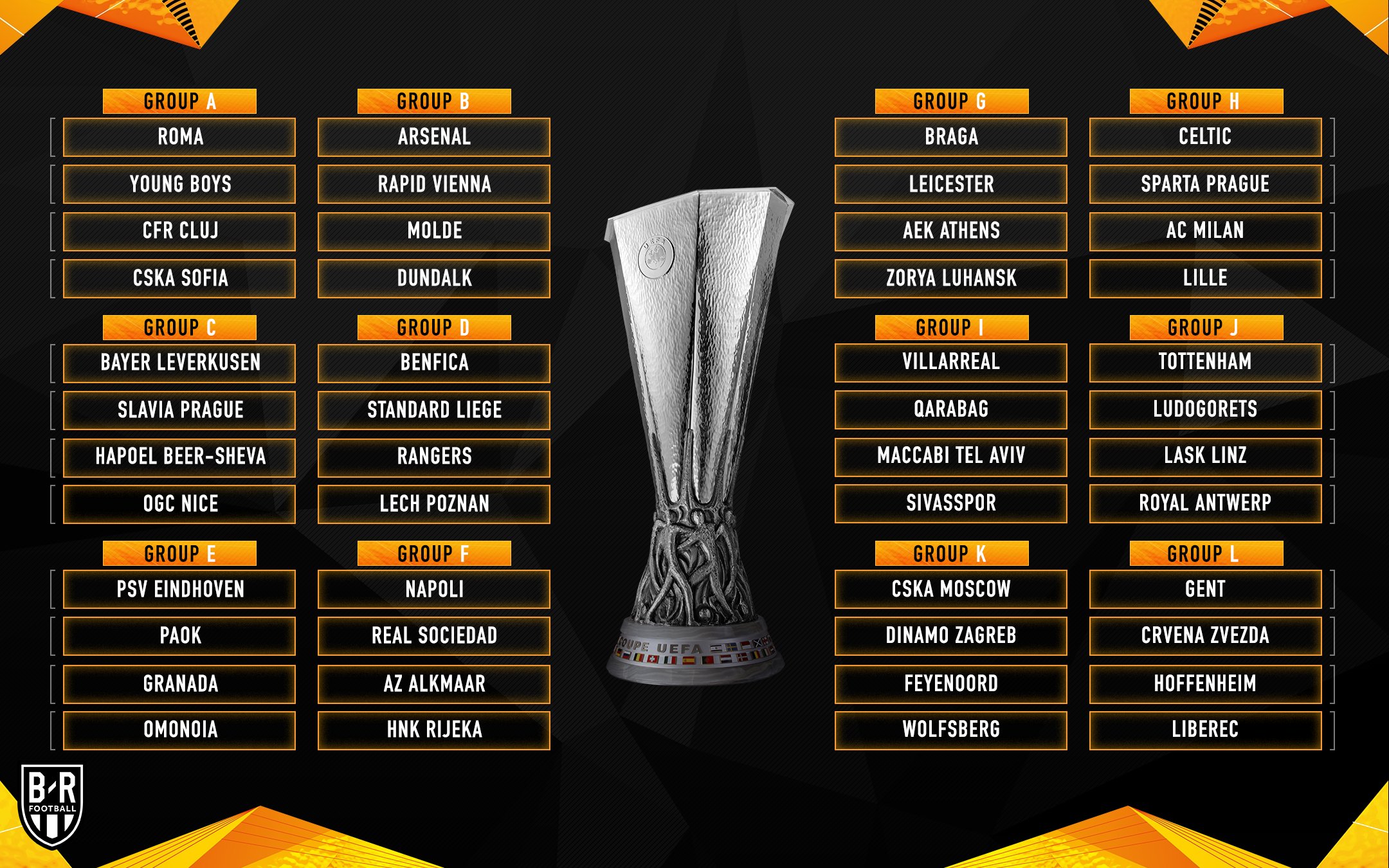