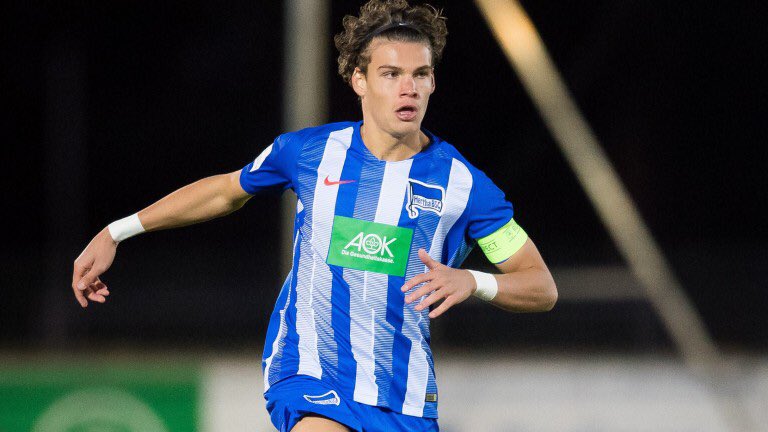 Mikel Arteta managed to bring in some established names during the summer transfer window with Thomas Partey arriving on deadline day to follow Willian, Gabriel and Alex Runarsson in moving to north London.

However, Arsenal have also been working hard revamping the youth set-up in recent weeks with the likes of George Lewis, Tim Akinola and Jonathan Dinzeyi joining the U23 squad this summer.

The Gunners were busy on deadline day adding to Steve Bould’s squad as the Daily Mail claims Arsenal have also agreed a £900,000 deal with Hertha Berlin to sign highly-rated defender Omar Rekik.

The 18-year-old – who has previously attracted interest from Manchester City – is still to undergo a medical and finalise terms but a deal is in place for the centre-back to move to the Emirates Stadium.

However, the deal wasn’t wrapped-up before last night’s 11pm deadline so journalist Chris Wheatley claims Rekik will have to wait until January 1st to formally complete his move to Arsenal.

The Gunners agreed the deal during negotiations with Hertha Berlin for Matteo Guendouzi with the midfielder joining the Bundesliga outfit on a season-long loan after falling out of favour under Arteta.

Arsenal have also snapped-up another exciting young talent after announcing on Arsenal.com that a deal has been agreed to sign young striker Nicolaj Moller from Malmo.

According to Goal, Arsenal have paid the Swedish outfit around £450,000 for the powerful hitman so the Gunners have splashed out approximately £1.3m on the highly-rated duo.

The report says Moller has signed a four year contract at the Emirates after completing his medical at London Colney on Monday and will go straight into the U23 squad where he’ll compete with the likes of Folarin Balogun this season.

The Sweden Under-19 international spent 18 months in Italy with Bolonga before returning to Malmo last winter but he’s now set for a new adventure in England with Arsenal.

It wasn’t just youngsters Arsenal were buying on a busy deadline day as the north Londoners also sealed a sensational £45m deal to sign midfielder Thomas Partey from Atletico Madrid. Lucas Torreira headed in the opposite direction on loan.