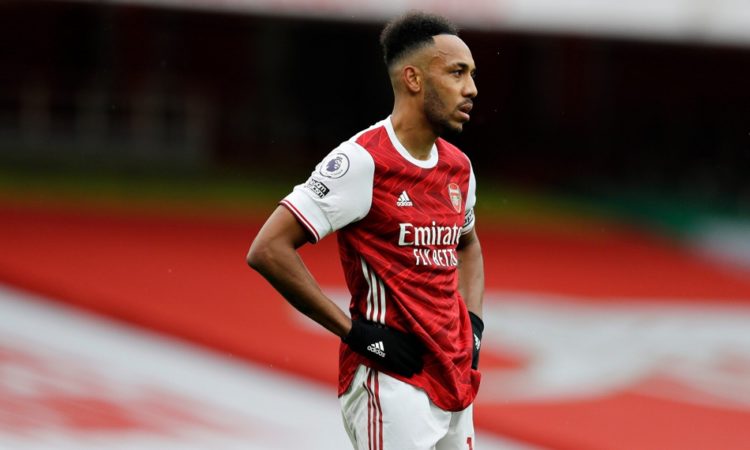 Arsenal get back to Premier League action when they travel to the Etihad Stadium to take on Manchester City on Saturday evening.

The Gunners have been handed a major boost ahead of the game as the Telegraph are one of several media outlets reporting that the club have successfully negotiating for Kieran Tierney to cut short his 14-day isolation and be available for selection this weekend.

The left-back has been self-isolating in Scotland after being in close contact with Stuart Armstrong – who later tested positive for Covid – but Tierney has tested negative and has proven he has anti-bodies. The paper says Tierney has now been allowed to return to London and should be in contention to face City.

In a further boost for Mikel Arteta, captain Pierre-Emerick Aubameyang is expected to be available despite picking up a minor ankle injury during Arsenal’s 2-1 win over Sheffield United two weeks ago.

The Gabon striker was forced to pull out of international duty because of the issue but Aubameyang has made a swift recovery during the break and is in contention to start against Man City.

However, Arteta could still be without five players for the trip to the Etihad this weekend. Shkodran Mustafi has returned to training following a thigh injury but it remains to be seen whether he’ll be considered fit enough to feature while fellow centre-back Pablo Mari is still out with an ankle injury.

Gabriel Martinelli has stepped up his recovery from a serious knee injury by taking part in light training at London Colney but the Brazilian is still some way short of returning to action with the first team.

Therefore, Martinelli remains on the sidelines along with Calum Chambers – who’s also still overcoming a serious knee ligament injury – while Emile Smith Rowe is also struggling with a shoulder problem.

Arsenal head to the Etihad sitting fourth in the Premier League table after taking nine points from their opening four games so Arteta will be looking to continue their fine form with a positive result against his former side.