Manchester United begin their Champions League campaign with a tough trip to France to take on Paris Saint-Germain this evening.

The Red Devils returned to Europe’s elite competition after securing an impressive third-placed finish in the Premier League last season so they’ll be looking to make an impression in this years Champions League.

However, United have been handed a tricky task just to make it through to the knockout stages after being drawn in Group H alongside last years finalists PSG, dangerous Bundesliga outfit RB Leipzig and Turkish side Istanbul Basaksehir.

Ole Gunnar Solskjaer’s men start with the toughest fixture of them all as they head to the Parc des Prince this evening but they have fond memories of the stadium after securing a remarkable 3-1 win in March 2019 to book their place in the quarter-finals.

Manchester United have been plagued by inconsistent form so far this campaign as they were humiliated 6-1 by Tottenham earlier this month before bouncing back with a solid 4-1 victory at Newcastle United on Saturday.

Solskjaer will hope to build on that display at St James’ Park but that won’t be easy against a talented PSG side who head into the game on a five-game winning streak and boast Neymar and Kylian Mbappe in their attack.

United will be without Harry Maguire as the centre-back has been ruled out of the game with a knock that he sustained against Newcastle while Eric Bailly is also not available. With Phil Jones and Marcos Rojo not included in United’s Champions League squad, Solskjaer is low on options at the back so Axel Tuanzebe may start alongside Victor Lindelof.

Mason Greenwood has been ruled out while Edinson Cavani hasn’t travelled to Paris so he won’t feature against his former side but Anthony Martial will return after missing the Newcastle game due to suspension.

Bruno Fernandes will captain Man Utd tonight and Paul Pogba is expected to be recalled in midfield. Alex Telles could make his full debut at left-back while youngster Facundo Pellistri has been included in the travelling party.

PSG will welcome Neymar back into the team after he wasn’t risked for their Ligue 1 game at the weekend while Marquinhos is also set for a recall to the squad along with Julian Draxler.

However, Mauro Icardi, Juan Bernat, Thilo Kehrer, Leandro Paredes and Marco Verratti miss out for the French champions. Ander Herrera is expected to start in midfield against his former side. 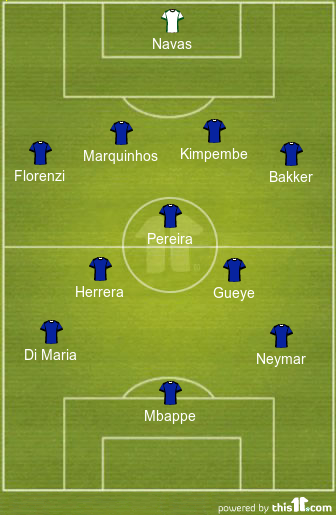 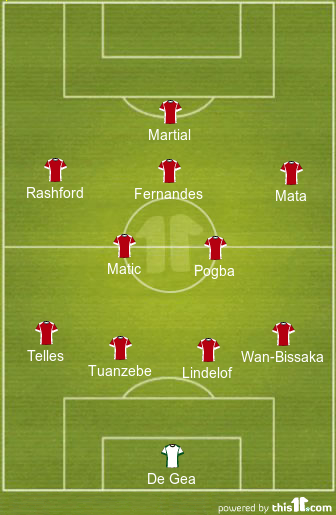 PSG 3-1 Man Utd: The Red Devils pulled-off a stunning shock the last time they visited the Parc des Prince but I just don’t see a repeat result happening tonight. Solskjaer is without Maguire and Bailly, while he still hasn’t figured out how to balance his midfield, and I think it will cost them against a very dangerous PSG side.

Neymar and Mbappe will always create plenty of chances and they’ll no doubt cause huge problems for a make-shift United defence so I can see PSG scoring at least 2-3 goals tonight.

Man Utd have the talent to trouble the hosts too and if Fernandes, Martial and Rashford are on form I can see the visitors getting on the score-sheet but PSG should have too much quality in the end.