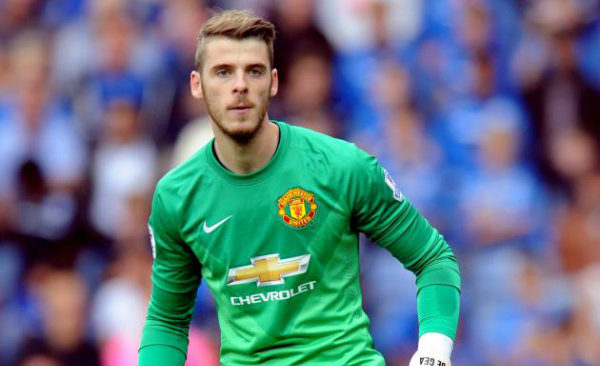 Manchester United take on Paris Saint-Germain in the Champions League on Wednesday night. Here is the line-up we think Ole Gunnar Solskjaer will select for the game:

Goalkeeper: United have been handed a major boost as David De Gea is expected to be passed fit to start after making a swift recovery from a knee injury which he picked up against Southampton at the weekend. The Spaniard took part in training today and should keep his place ahead of Dean Henderson tomorrow.

Defence: Man Utd have also confirmed that Alex Telles is available after overcoming a knock that forced him off during the closing stages of the win at St Mary’s on Sunday. Luke Shaw is back in training but the PSG game comes too soon so Telles should keep his place at left-back.

Aaron Wan-Bissaka should continue at right-back while Victor Lindelof is expected to keep his place alongside Harry Maguire in the middle of defence. Axel Tuanzebe will therefore have to settle for a place on the bench if Solskjaer sticks with a back four.

Midfield: Manchester United are set to welcome Paul Pogba back into the squad after he declared himself available for selection having missed the last three games with an ankle injury but he may have to settle for a place on the bench.

Scott McTominay is also in contention after returning to full training following a minor muscle injury that kept him out of the Southampton game and he may be recalled to start in midfield with Nemanja Matic making way.

Solskjaer may be tempted to stick with a three-man midfield so Fred should keep his place while Donny van de Beek may have done enough to retain his shirt after impressing at Southampton on Sunday.

Attack: Bruno Fernandes will continue in the attacking central midfield role against PSG while Anthony Martial is back in contention after recovering from the illness that forced him to miss out at the weekend.

However, the Frenchman may have to settle for a place among the Man Utd substitutes as Edinson Cavani may get the nod to start against his former club having come off the bench to score twice against PSG on Sunday.

Marcus Rashford is expected to keep his place in attack so Mason Greenwood may be the man to drop to the bench where he’ll be joined by the likes of Juan Mata and Daniel James. 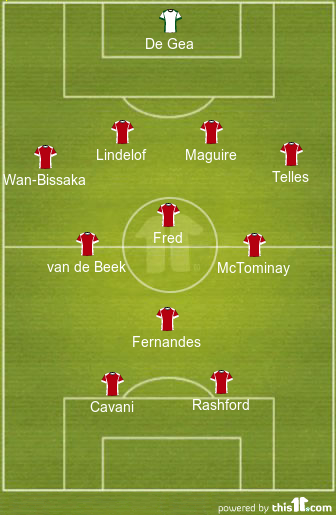