Liverpool take on Tottenham at Anfield tonight in a top-of-the-table clash. Here is our preview with team news, line-ups and prediction

The Reds haven’t been at their free-flowing best in recent weeks and Sunday’s 1-1 draw with lowly Fulham at Craven Cottage meant Liverpool have won just seven of their 12 Premier League games so far this campaign.

However, despite their relative struggles at times, Liverpool are still joint top of the table with only goal difference separating them from Tottenham so Jurgen Klopp should be confident of defending their crown if their injury problems begin to ease.

Spurs on the other hand will be very pleased with how they’ve started the season as they sit top of the tree as we approach Christmas having missed out on the top four last year.

Tottenham have drawn their last two league away games at Chelsea and Crystal Palace so Jose Mourinho will hope to get back to winning ways tonight – although he’d no doubt settle for a point at Anfield.

Liverpool will make a late decision over Joel Matip as the centre-back is a major doubt for tonight’s game after being forced off with a back issue against Fulham at the weekend. Nat Phillips or Rhys Williams are on stand-by to deputise.

Naby Keita is also a doubt to face Tottenham after missing the draw at Craven Cottage while Thiago Alcantara remains out with a knee problem so Curtis Jones could continue alongside Jordan Henderson and Gini Wijnaldum in midfield.

Virgil van Dijk, Joe Gomez, Xherdan Shaqiri, James Milner, Kostas Tsimikas and Diogo Jota are all on the treatment table so Klopp has plenty of injury concerns to worry about – despite Mourinho trying to downplay them yesterday.

Tottenham have only a small number if fitness problems to deal with as Erik Lamela and Japhet Tanganga remain out while Gareth Bale is expected to miss the trip to Anfield with a knock. 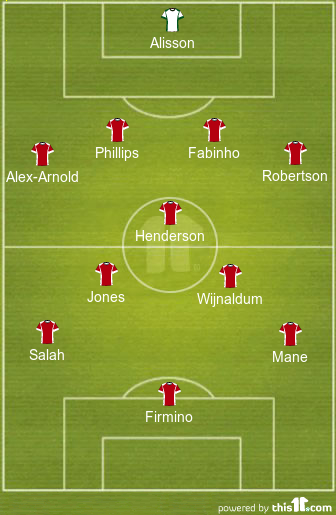 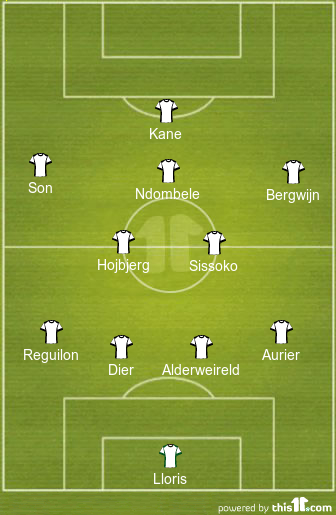 Liverpool 2-1 Tottenham: Liverpool may not be firing on all cylinders but they have a terrific record in this fixture having lost just one of their last 15 league games against Tottenham.

Spurs have won just one of their last 26 Premier League trips to Anfield and the Reds are on a long unbeaten run at home so it’s difficult to see Klopp’s side losing tonight, despite their injury problems.

I expect a closely fought game but have a feeling if there is to be a winner, it will be Liverpool who edge. it.