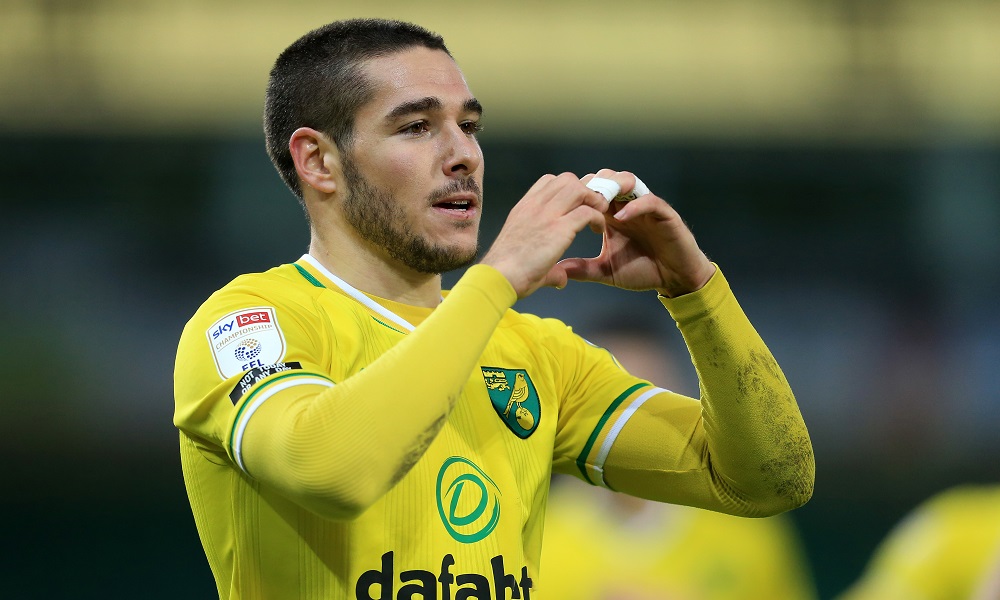 Edu is in regular contact with Emi Buendia’s agent as Arsenal eye a move to sign the £40m-rated Norwich City attacker, according to Goal.

Gunners boss Mikel Arteta is reportedly in the market for a creative midfielder as the north Londoner’s have lacked ideas going forward at times this season so they desperately need to add more flair in the final third.

Mesut Ozil is also on the verge of joining Fenerbahce after being frozen out of the Arsenal first team set-up by Arteta this campaign and Buendia has been touted as a possible replacement by the media.

The 24-year-old was a stand-out player for Norwich in the Premier League last season and the South American has continued to impress in the Championship this campaign following their relegation from the top flight.

Buendia has scored 7 goals and provided a further 7 assists in his 20 games to help Norwich to the top of the Championship table and his impressive form has led to speculation linking him with a move to Arsenal.

Goal claims the Gunners are interested in the playmaker and the clubs technical director Edu is in regular contact with Buendia’s agents – who have a good relationship with Arsenal as they also represent Emi Martinez.

The report says Buendia is fully aware of Arsenal’s interest and the player is keen to return to the Premier League, however, any potential move is unlikely to happen this month due to Norwich’s £40m valuation.

The Canaries are desperate to keep hold of their star man this winter to help their promotion push and boss Daniel Farke suggested earlier this week that although Arsenal are a top club, any deal makes no sense mid-season.

Farke is quoted as saying by Goal:

“He is a proper team-mate, concentrated in the training sessions and the last game.

“He is absolutely happy and knows he has a coach and team-mates who want him to be successful and love him.

“Arsenal are one of the best clubs in this country and also Europe. But it makes no sense to have a move in January.”

Goal says that although Buendia is open to a transfer this month, the Argentine is focussed on Norwich and isn’t expecting Arsenal to make any formal move for his services during the latter stages of the January window so is happy to wait until the summer to resolve his future.

Money is tight at the Emirates so Arsenal aren’t expected to make any significant additions to their squad this winter meaning any possible arrival in the creative department is likely to be a short-term loan deal.

Emile Smith Rowe’s excellent form recently has helped lessen the need for a new creative midfielder so Arteta may decide to bide his time and wait until the summer before bringing in any new attackers.

Buendia would certainly be an exciting addition if Arsenal decide to formalise their interest at the end of the season and he’s comfortable playing anywhere across the attacking midfield positions so he’d give Arteta versatility in the final third.